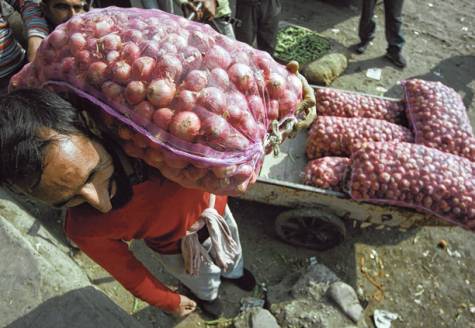 Onion prices in the UAE have reached a record high as the supply of the highest in demand Indian variety has come to a halt.

The cost of one kilogram of onion was approximately Dh 1.65 in the month of July. The same now costs up to Dh 4.95.

The Indian government, on Monday, banned the export of onion after the price of onions in Indian cities more than doubled in two weeks time. The export ban was put in place to overcome the domestic shortfall of onions due to unusually heavy rains in areas where they are cultivated, officials had announced. Prices in the Indian domestic market are hovering between Rupees 50 to 80 per kilogram, as compared to Rupees 10 to 15 last year.

In the meantime, in UAE, Pakistani onions have been stocked up by retailers to meet the demand. The Pakistani variety was being sold for Dh 3 earlier. In place of the Indian variety, it is now being sold for prices up to Dh 4.95.

Over the past two to three weeks retailers have been experiencing difficulties in procuring adequate quantities of good quality Indian onion, but now we are replacing it with the Pakistani variety, said another retailer in Abu Dhabi.