You are here: Home > Leading International Banks like Deutsche Bank and Credit Agricole to cut jobs in Dubai

By Dubai Expat Blog on October 19, 2011 in Business in Dubai, Living in Dubai

Don’t say latter you were not warned!!

As deals dry up, revenue falls and lenders curb costs, leading banks like Deutsche Bank and Credit Agricole are withdrawing employees from Dubai. 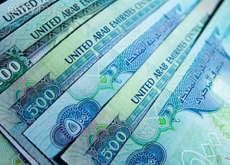 Arabian Business reports that Deutsche Bank, Germany’s largest, will relocate Christopher Laing, head of equity capital markets for the Middle East and Africa, back to London after three years in Dubai. Credit Agricole’s corporate and investment banking unit said last month it would shut its mergers advisory team in Dubai. Citigroup transferred its regional head of equities, Adam Key, back to the UK in recent months.

“Dubai never quite fulfilled its promise as a regional banking hub,” said Raj Madha, a banking analyst at Rasmala Investment Bank Ltd., a Dubai-based asset manager. “With limited capital market activity, and little sign of a serious improvement in the near future, it’s not surprising that investment banking costs are being transferred elsewhere.”


The sovereign debt crisis in Europe is limiting revenue from trading and curbing mergers and stock offerings in the euro zone, prompting firms to cut jobs and reduce costs. In all, banks have eliminated 137,000 jobs in the past 12 months, according to data compiled by Bloomberg Industries. The Arab Spring has also slowed mergers in the region, and reduced the volume of stocks traded on local exchanges.