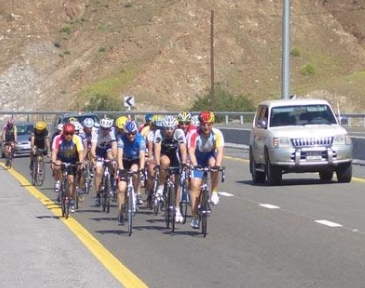 Cycle tracks stretching 850 kilometres across the length and breadth of Dubai will be built over the next few years as the Roads and Transport Authority (RTA) goes all out to encourage residents to use an eco-friendly and healthy means of transport.

The plan also includes connecting as many tracks as possible with the nearest Dubai Metro stations.

The revised Dubai Bicycle Master Plan will have 850 kilometres of strategic bikeways that will be completed over various phases. The initial few phases are already implemented in Jumeirah and Seih Assalam and we hope to finish the next phase by 2015.

So far, the RTA has completed around 100 kilometres of cycle tracks, including a 25km cycling lane in Jumeirah, about a 1km-long lane near the Mall of the Emirates station in addition to small tracks at Al Mizhar Park and Al Mamzar Park.

The biggest cycling project so far has been the 75-km-long track at Seih Assalam, named the Dubai Cycling Course, which opened in January this year.

The Jumeirah track was phase one of the bicycle master plan, which was opened in 2010, the master plan was then expanded depending on demand. In January this year we completed phase two, which included the Seih Assalm project and we have now embarked on phase three.

Work on phase three, which encompasses tracks comprising 52 kilometres across districts such as Al Barsha, Al Khawaneej, Al Warqa, Al Quoz 3, Bur Dubai and Mirdif has already started. The project will be completed at a cost of Dh40 million.

Phase four, which is likely to be launched later this year, will cover areas such as Al Sufouh, Mamzar Park, Hor Al Anz and Mushrif Park and is scheduled to be completed by 2016.

Most of the tracks planned will be dedicated exclusively for cyclists but in some busy and low-speed areas, cyclists will have to share space with other motorists though in a safer environment.

The RTA is carrying out extensive studies and surveys for the location of more cycle tracks and the next phases will be announced depending on the requirements of various neighbourhoods.

Apart from the construction of tracks the RTA is also carrying out campaigns to encourage people to take up cycling.
“The cycling master plan is developed to provide a dedicated cycling space across the emirate in a bid to encourage the use of bikes as an environment-friendly transit means, and it also offers health benefits. The RTA aims to raise the proportion of pedestrians and cyclists since they involve traffic, health and environmental benefits.

Already around 1,400 cycling racks have been installed near various Metro stations for cyclists to safely park their bikes before hopping on to trains.