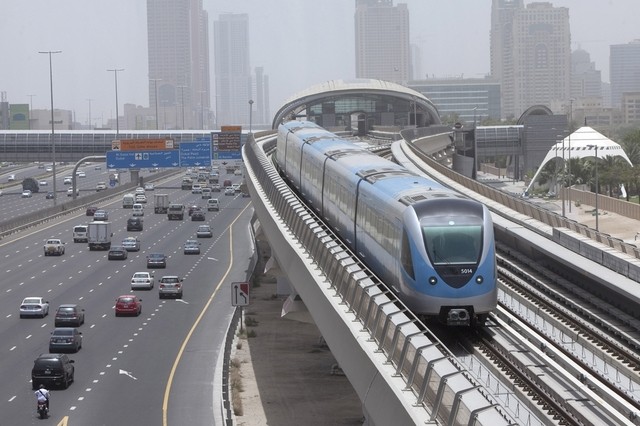 Dubai has announced plans to buy more trains for Dubai Metro to keep up with growth in the number of metro users in the lead up to hosting Expo 2020. The Roads and Transport Authority (RTA) is also planning to broaden the metro network to reach 16 new districts of Dubai, while improving the service in 19 others by 2020.

The authority will also be focusing on upgrading marine transit modes, which are expected to witness major growth with the opening of the Dubai Water Canal linking the Business Bay with the Gulf.

The announcements came as the RTA revealed that more than 539.5 million people used public transport in Dubai last
year, eight million more than during the previous year.

The RTA said the average daily usage rose to 1.5 million people on the emirate’s metro, tram, buses and marine vessels, up from 1.47 million in 2014.

Mattar Al Tayer, director-general and chairman of the RTA, said December was the busiest month with more than 48 million riders including 17.1 million on the Dubai Metro, 17.3 million using taxicabs, 11.8 million on buses, 1.4 million using marine transit modes, and 460,000 riding the Dubai Tram.