You are here: Home > More space for women on Dubai Metro

By Dubai Expat Blog on August 31, 2013 in Dubai Transport, Living in Dubai 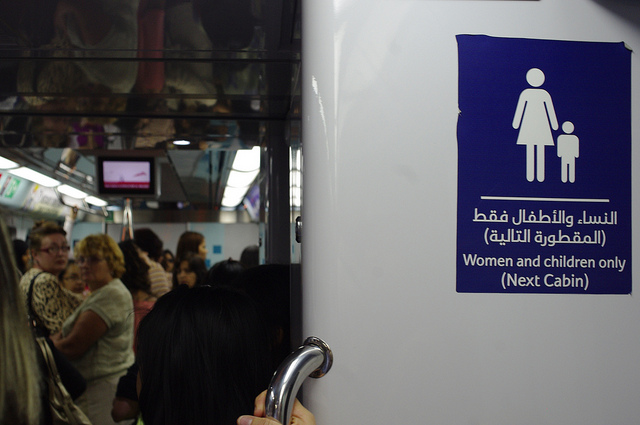 More space is being provided for female commuters of Dubai Metro with the rising demand and changing pattern of ridership, the Roads and Transport Authority (RTA) has announced.

With the current women-only compartment being insufficient, RTA has moved to add half a cabin for women during peak hours. The total number of cars on the Metro is five, one of which is divided into a Gold compartment and a female compartment. The expansion will limit the general commuters to three and a half cabins.

The extension service will be active from September 1 during peak hours from 7am to 9am and from 5pm to 8pm from Sunday to Thursday.

The additional spaces are clearly marked on all the trains and Metro security officers will be on hand to make sure there is no violation.

Currently, Dubai Metro transports around 400,000 commuters on both Red and Green lines daily. Catering to the growing demand, RTA has reduced the peak hour train frequency on the Red line to three minutes.