Launching on February 1, 2016 BBC First, the home of original and British drama, will be available in the Middle East and North Africa (MENA) exclusively on OSN.

BBC First will be showing the hugely popular and critically acclaimed series such as brand new Sherlock, Luther, Doctor Who, Doctor Foster, Call The Midwife, Holby City, alongside the BBC’s fresh new storytelling such as War and Peace, Dickensian, From Darkness, Ripper Street and Maigret .

As part of BBC Worldwide’s global strategy, the channel will replace the pan-regional BBC Entertainment channel with increased investment in content as well as key titles introduced with Arabic subtitles. 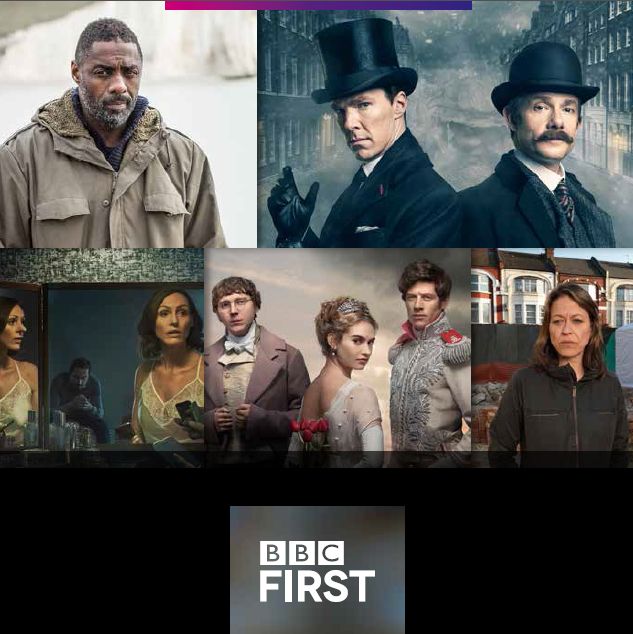 • Sherlock Special, The Abominable Bride: What if the world’s most famous consulting detective and his best friend lived in a Baker Street of steam trains, hansom cabs, top hats and frock-coats? Welcome to ‘Sherlock’ in 1895! Starring Benedict Cumberbatch (The Imitation Game) and Martin Freeman (The Hobbit), some things, remain reassuringly the same. Friendship, adventure and especially, MURDER…

• Call The Midwife: Attracting over 10 Million viewers in the UK and inspired by the memoirs of Jennifer Worth, Call the Midwife follows the nurses, midwives and nuns from Nonnatus House convent, who visit the expectant mothers of Poplar, providing the poorest women with the best possible care.

• Luther: Golden Globe winning actor Idris Elba reprises his iconic role as DCI John Luther. Pitted against his most chilling adversary yet, haunted by the ghosts of his past and hell-bent on retribution, he’s drawn into a terrifyingly complex case that pushes him closer to the edge than he’s ever been.

• War and Peace: Adapted by leading screenwriter Andrew Davies (Pride and Prejudice) and produced by BBC Wales and The Weinstein Company, this is a modern take on one of the most famous and epic stories of all time. Encompassing huge themes of love and war, life and death, the series features a star-studded line-up including Paul Dano (12 Years A Slave), Lily James (Downton Abbey) and James Norton (Happy Valley). The series was filmed in Russia, Latvia and Lithuania.

• From Darkness: In this psychological crime drama, exclusive to BBC First and starring award-winning actress Anne-Marie Duff (Nowhere Boy), a former detective is drawn back into a case she instigated 15 years ago.

• Dickensian: A bold reinvention of Charles Dickens’ timeless novels where his most iconic characters live side by side in a bustling Victorian neighbourhood. An all-star cast lead brand new stories packed with romance, scandal and intrigue. Discover the events that led up to Miss Havisham’s wedding day, the truth behind the murder of Jacob Marley and the sacrifices made by a young lady deadlock.

• Death in Paradise: A warm, light-hearted detective series exclusive to BBC First. Set against a stunning Caribbean island backdrop, the first series sees quintessential British cop Richard Poole (Ben Miller, Primeval) sent to the tiny island of Saint-Marie to solve a mysterious murder. Awaiting Richard is a ramshackle station and a very different type of policing. His new partner, DS Camille Bordey (Sara Martins, Little White Lies) is instinctive, feisty and brilliant, and the rest of the team certainly have their own unique way of doing things.

• Doctor Foster: The thrilling drama that had over 10 million viewers in the UK hooked. This complex and stylish psychological drama comes from the producers of the internationally acclaimed The Honourable Woman and stars Suranne Jones (Scott and Bailey) as Doctor Gemma Foster. Doctor Foster is a talented and respected family doctor at the heart of her village – a woman people can trust and a loving mother. But Doctor Foster’s life is about to explode. Suspecting her husband Simon of having an affair, she’s determined to get to the truth – but how far is she prepared to go and what other betrayals might she uncover?


BBC First gives audiences the very first chance to see stories that challenge, immerse and entertain, all with a unique British perspective.