You are here: Home > Nakheel to split from Dubai World by June

Nakheel to split from Dubai World by June 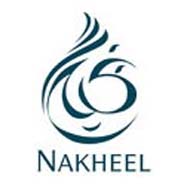 Nakheel will be carved out of parent company Dubai World and become a government-owned entity by June, when its efforts to restructure $10.8bn in debt will be complete.

The indebted developer was at the heart of the debt problems suffered by its parent company Dubai World, which roiled global markets in November 2009 when it asked for a standstill on around $25bn in loans.
Nakheel’s inability to meet its obligations, in the wake of a property collapse and the global credit crunch, left it with billions of dirhams in unpaid bills to contractors and suppliers.

In March, Nakheel said it had paid AED4.6bn ($1.25bn) in overdue payments to trade creditors.

The developer plans to issue around AED5bn in Islamic bonds by the end of the second quarter to contractors and trade creditors.

More than 90 percent of trade creditors have agreed to a plan that would see Nakheel pay off its bills through a 40 percent cash payoff with the remaining 60 percent issued in the form of sukuk shares with an annual return of eight percent.

Lawyers in Dubai warned in March that investors and trade creditors may find themselves unable to pursue disputes against Nakheel in the Dubai World tribunal after the split from Dubai World.

Those with outstanding disputes may find themselves in legal limbo if the tribunal – which was set up to hear disputes linked to Dubai World – can no longer rule on cases related to Nakheel.

The developer behind Dubai’s iconic palm-shaped island said in April it had stopped selling real estate units in Dubai in order to focus on offering credit swap options to existing investors.

One Response to Nakheel to split from Dubai World by June