You are here: Home > Residents evacuate Palm Jumeirah as apartments get flooded

By Dubai Expat Blog on September 26, 2014 in Living in Dubai 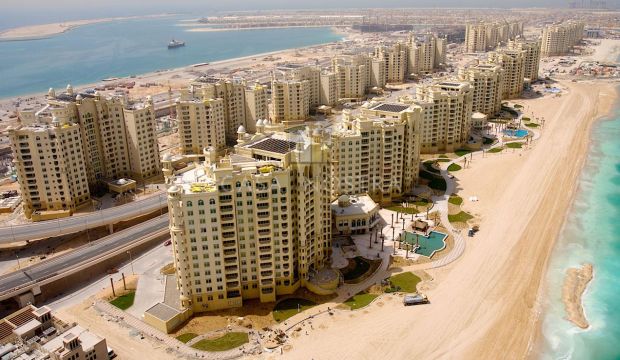 Residents of Dubai pay an arm and leg to have an accommodation in Palm Jumeirah. However, it seems that even Deira is better place to live when it comes to maintenance and administration. Sometime back there was a water crisis in Palm Jumeirah and residents had to bath at the sea and in the malls.

As reported in Arabian Business today, hundreds of residents living in Nakheel’s Palm Jumeirah have been forced to flee their apartments after flooding inside their building. The flooding began in the Shoreline’s Building 19 on the fifth floor, setting off fire alarms around 7pm local time. Residents were told to remain outside indefinitely.

It is not known what caused the floods, although some residents told Arabian Business it was likely to have been a burst pipe.

“There is knee high water on the fifth floor and it is coming down now to all the floors, we are worried everything inside has been ruined. Nobody is telling us anything, and security staff are stopping anyone from taking pictures. It’s complete chaos,” one resident said.

Other residents complained that they were not being offered any assistance from Nakheel, developer of the Palm Jumeirah.

There were rumors around the area that Palm Jumeirah is sinking which caused severe traffic jams at the exits which lasted for hours.

Dubai residents shared their frustration and despair over lack of emergency services in Palm Jumeirah. [from Arabian Business]

This incident cut off all outbound traffic from Atlantis and most Palm residences. There were people in traffic for 5 hours last night trying to leave the Palm. School buses, airport shuttles, ambulances, you name it. Nobody including police knew what was going on. Fortunately the monorail was operating.

If Dubai ever has a real emergency or some kind of catastrophe, these incidents reflect how they will be handled.

This is nothing new for the rest of Dubai. Towers in JBR have had their burst water pipe issues, as has Princess Tower and the newly built Al Bateen Tower. A couple of Towers in JLT have suffered huge water damage before. One building had a fire 2yrs years ago in JLT…and I don’t know to this day if people have been compensated for their loss…but the building remains empty.


Low grade materials on top of ‘subgrade’ workmanship in 40degree heat is to blame (not the wokers fault I might add, the Developers are totally responsible)