The World is washing away? 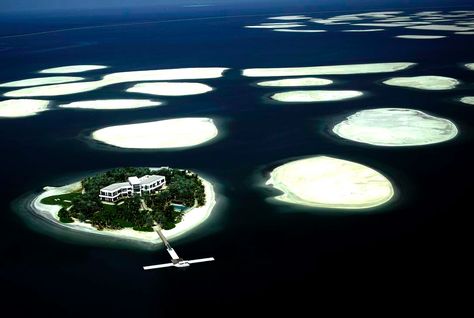 The World is washing away. No, its not about philosophy or the Great Picture.

As recent report states that The World, a constellation of 300 man-made islands shaped like a map of the world, is washing away due to erosion and lack of development.

The CEO of Kleindienst Group, the developer behind the six-island Heart of Europe Project, said the islands off the coast of Dubai will be corroded by the sea if they remain undeveloped.

“Islands are land masses surrounded by the ocean, a moving body of water with waves created by tides and winds, and it is natural that edges of an island will be affected by these waves,” Josef Kleindienst said in an emailed statement to Arabian Business.

“If an island remains undeveloped and unmaintained, erosion will occur.”

Construction on the offshore World development has ground to a virtual standstill in the wake of the economic downturn.

Many buyers on the Nakheel-backed chain of islands have failed to begin work, after Dubai’s real estate market saw prices plummet 60 percent from their peak.

The only notable construction work has been carried out by Kleindienst, although the 840m Heart of Europe project is significantly behind schedule.

Legal representatives for Penguin Marine, a contractor hired by Nakheel to transport goods and people to the islands, on Wednesday were reported as saying the project is falling into the sea.

The company said the channels between the islands were becoming clogged with silt as the islands gradually sank.

Penguin Marine is embroiled in a legal dispute with Nakheel, over the payment of an annual AED5m performance bond linked to its exclusive transport contract for The World.

Kleindienst, which plans to build European-themed resorts on its islands, said his company had suffered construction delays but was confident the project would be completed in 2015.

“It is true that The Heart of Europe has experienced some temporary delays in our construction caused by approval processes, but these now appear to have been resolved and we are expected to continue as planned within the forthcoming weeks.

“We are still expecting to complete The Heart of Europe by our scheduled date of 2015, and have full confidence in the long term success of this project,” he said.

Nakheel has refuted this claim.