You are here: Home > International City rents drop below Dhs 15,000

By Dubai Expat Blog on July 19, 2011 in Business in Dubai, Living in Dubai 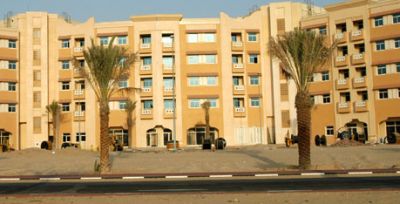 Rents in the International City area of Dubai have slipped below AED15,000 a year for the first time, as prices in Dubai’s battered property market continue to fall.


Several studios in the Nakheel development are available for as little as AED14,000 a year, although most landlords require potential tenants to pay the full amount in a single cheque.

A series of studios measuring 455 sq ft in size are listed in many of the development’s clusters, including England, China, Italy and Greece.

The prices are more than 50 percent lower than the AED30,000-35,000 bracket recommended in RERA’s first Dubai rental index, published in October 2009.

Dubai, the worst-hit property market in the Gulf, saw house prices more than halve in late-2008 as the financial crash wiped out project funding and brought a halt to its real estate boom.

Nakheel was one of the biggest casualties of the crash, suspending at least 100 projects in the wake of the downturn.
Earlier this month, real estate consultancy Asteco said that rents in International City had fallen by four percent in the second quarter of the year.

The drop was worse in Discovery Gardens, also developed by Nakheel. Asteco said that rents in the development near Jebel Ali had fallen by 11 percent in the last three months.

Both projects have suffered lower values as depressed prices elsewhere in Dubai have led renters to move to other locations.

International City residents have long complained about poor infrastructure, the lack of sufficient access to the development, and the proximity of a nearby sewage processing plant.