You are here: Home > Dubai Police to use Drones to control crowd

Dubai Police to use Drones to control crowd 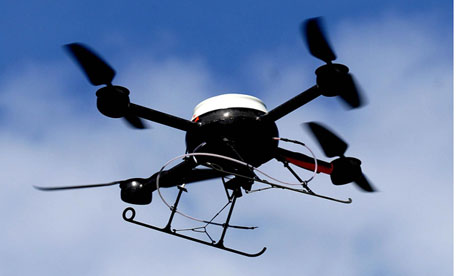 Dubai Police is planning to use Drones (the unmanned, remote controlled, aerial vehicles) to control crowds at sporting stadiums during football matches.

The drones can travel up to 50 metres in the air for about an hour, will be used to hover over crowds and record live footage that is monitored by police on the ground via WiFi.


Arabian Business reports that Major-General Mohammad Eid Al Mansouri, Director of the General Department of Protective Security and Emergency Department at Dubai Police, said the small drone would first be used to ensure football fans behaved at the Etisalat Cup final between Al Jazira and Ajman at Al Wasl Stadium.


Although the initial idea is to use the drones to monitor crowd at sports events, the drones can have other purposes as well – ask Pakistan.