Dubai 360 has launched the first online interactive city tour of Dubai with nearly 1,300 pieces of panoramic video and photo content.

Dubai 360 officially launched www.Dubai360.com which allows viewers to explore every angle of the city from the comfort of their own home. 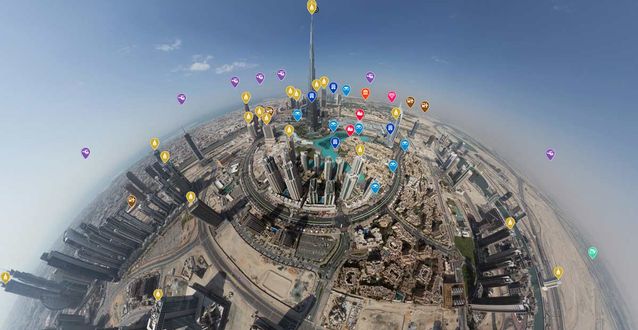 Having already given internet users a glimpse of what was to come with the Dubai International Airport time lapse video and more recently, a live broadcast interactive video of the Burj Khalifa fireworks for the New Year, Dubai 360 said in a statement it will redefine how cities are viewed and explored worldwide.

With content filmed at the pinnacle of the world’s tallest building, Burj Khalifa, the site users can see a bird’s eye view of the city with sweeping panoramas down Sheikh Zayed Road and Dubai’s coast. From there at a click of a button, viewers can travel to the luxurious Royal Suite at the Burj Al Arab Hotel and experience the gold clad interiors, opulent rooms and stunning sea-view. A visit to Dubai Mall’s famous aquarium will allow users to swim among the sea creatures, or take a ride on Dubai’s new metro and view the city at speed.

What is Makani Dubai and how to use it?