You are here: Home > Google Street View comes to Dubai

By Dubai Expat Blog on December 10, 2014 in Dubai Technology, Living in Dubai

Dubai has become first Arab city to have a complete Google Street View in Google Maps. Google cooperated with Dubai Municipality for the project, which took nine months to complete.

Google Street View was first launched in the United States in 2007. It was reported in 2010 that Google is planning Street View for Dubai. 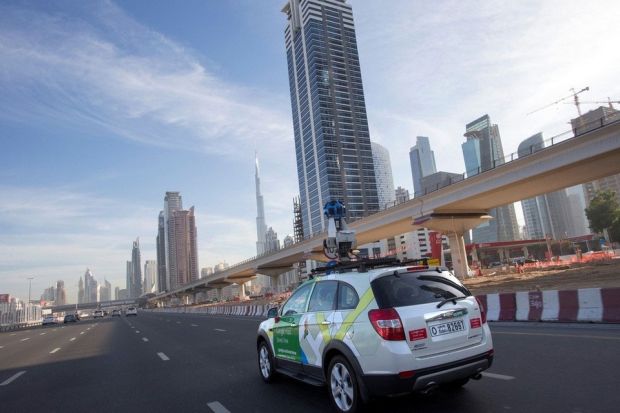 Google Street View gives digital users a 360 degree, panoramic and street-level view of the main streets, attractions and towers in the city. The technology can take viewers on a tour along the main Sheikh Zayed Road, past Dubai Mall and the imposing Burj Khalifa, through Deira and into the historic Dubai Creek.


Both Google and Dubai Municipality emphasised that the privacy of people was highly respected in the process. Also, Google has its own privacy guidelines that are applied worldwide. They included blurring cars’ number plates and people’s faces.