Dubai to welcome 2012 with fireworks at Burj Khalifa 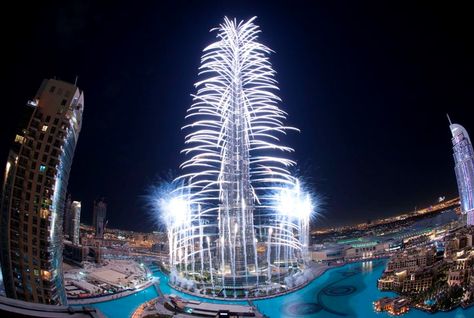 Dubai is all set to welcome year 2012 with a bang, and largest fireworks of them all will be organized at Burj Khalifa, world tallest building.

The fireworks can be viewed from Downtown Dubai as well as a designated location within Meydan area.

Visitors can revel in the celebrations from Burj Park, an island overlooking Burj Khalifa, set on Burj Lake. Visitors can also enjoy the celebrations from the Waterfront Promenade lining the adjacent Dubai Mall, Burj Plaza, the 3.5km Emaar Boulevard, The Pavilion in Downtown Dubai, and other areas in Downtown Dubai, in addition to a drive-in designated location in Al Meydan area.

To take part in the celebrations, visitors are encouraged to be in Downtown Dubai by 10pm on December 31. Alternative parking with RTA feeder buses will be available at Meydan, Za’abeel Park and Dubai World Trade Centre, in addition to parking at various Metro stations.