You are here: Home > Another property bubble building up in Dubai

Another property bubble building up in Dubai

By Dubai Expat Blog on September 4, 2013 in Business in Dubai, Living in Dubai 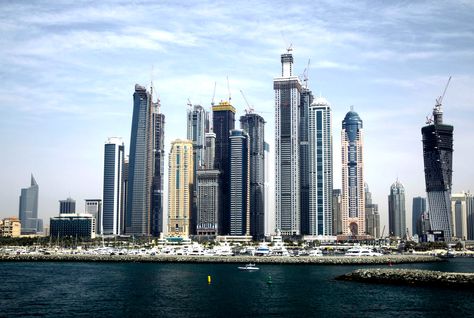 Before 2008, Dubai was a real estate heaven. The property market was growing exponentially and it seemed at that time that there is no turning back. However, the property bubble bursted in 2009 and 2010 as real estate prices crashed by more than 50 percent, triggering a corporate debt crisis which unsettled financial markets around the world.

Since the end of 2012, the property rates in Dubai started to climb up again. However, the analysts and property gurus are worried about another property bubble in the making.

According to Michael Lahyani, the CEO and founder of Dubai based propertyfinder.ae, Dubai is in danger of creating another artificial real estate price bubble if speculators continue to flip assets.

Last month by the International Monetary Fund warned Dubai that the emirate might need to intervene in its property market to prevent another boom-and-bust cycle of the kind which brought it close to default four years ago.

According to data from RERA, over 215 projects fell through in Dubai between 2009 and 2011. Countless projects were announced during the Dubai property boom but were postponed or cancelled – either partway through construction or before work had begun – when the market dramatically dropped in 2008-09.

Many sites have sat idle for several years, although not all affected projects have been officially cancelled and some developers claim frozen projects, such as Palm Jebel Ali and The World, will still go ahead.

A reason for the recent property bubble formation is Dubai is the turmoil in Middle East.

The turmoil in countries like Egypt and Syria may have wrecked their economies, but some of their neighbors are doing nicely out of it. International investors are driving Dubai’s real estate market, accounting for more than 60% of the 53 billion dirhams ($14.4 billion) worth of investments in the first half of 2013, and while Indians, Pakistanis and Britons remained the top foreign buyers, there’s a new investor class making a big splash: Buyers from crisis-hit Arab regions.

The increase in spending by buyers from Arab countries outside the six-member Gulf Cooperation Council more than doubled to 5 billion dirhams, outpacing all other categories, according to the Dubai land department. Investors from Jordan led the way with investments of 1 billion dirhams, followed by buyers from Lebanon and Egypt. The growing trend of residents from areas affected by turmoil purchasing property in Dubai was highlighted by property management firm Asteco in its latest report .

Overall, citizens of the United Arab Emirates, which includes Dubai, remained the biggest investors. Investment from outside the Gulf surged 73% from a year ago; Indians led the charge, buying 8 billion dirhams worth of real estate followed by Britons and Pakistanis.

There have been signs that Dubai real-estate prices are rising too fast, too soon. In the first quarter of 2013, home prices in Dubai increased 9%, making it the second most expensive of 55 countries listed by property consultancy firm Knight Frank. Average residential rentals have now grown by over 30% over the past 12 months, prompting real estate consultants CBRE to say the residential sector is showing “increasing signs of overheating.”