How I bought my Apple MacBook Air in Dubai

I have visited Dubai quite a good number of times over summer breaks or just taking a short vacation from the hectic 9 to 5 life. It has been like a second home for me; my easiest getaway in times when I need an escape. Each time I have traveled with a fair amount of pocket money in Dirhams along with some Rupees in case of an emergency that I vowed to never convert. 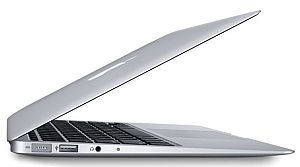 However, this time around during my last week in Dubai, I got my eyes on Apple’s new MacBook Air that came with a price tag of almost 4000AED. And dang! There I was, nearly broke with no cash on me but with a burning desire in my heart to purchase the newly found beauty in technology. And after all, it was Apple! I went back home juggling between yes’s and no’s until I put my foot down and said, ‘Hell yes, I am buying it!’

This is where I faced the biggest problem. I barely had over a 1000 Dirhams to spare and wasn’t sure if I was carrying enough Rupees that I could use at my disposal either. Ever since school, I have been extremely bad at mathematics and economics. I barely know which currency is equivalent to which (Bless my dad for taking care of that bit) but over here, I was on my own and I had to figure it out. As usual, Google came to my rescue and I landed on Travelxae.

To my surprise, for the first time, all this currency stuff didn’t seem alien to me. It happened to be quite a friendly website that gave me more information than I needed! But the going was still tough because I had to convert my Rupees to Dirhams and pray for them to be enough to make my purchase. I hovered to the ‘Currency Converter’ tab on the top and searched for my currencies from an easy drop down menu on the screen. So steadily, I typed in the sum of Rupees I had and clicked on convert to see how many Dirhams did it make – And this was my result,

Woohoo! So I almost had 3000 Dirhams in Rupees and the rest I could easily pool in from the remaining cash in hand. Honestly, I took this picture only to save that moment of bliss in my memory. I have never felt so relieved before – All hail to technology and people who make these websites that make our lives easier. This website also had a whole currency exchange rate list, that showed different rates of different currencies this company was offering and to top that, I could easily track their stores all across UAE through their store locator and find the one nearest to me! This was so much convenience under one roof!

So the next day, I stepped out, I knew exactly where I had to go to convert my Rupees to Dirhams without hustling to different money exchangers and then visited the online shop to buy my MacBook! So far, this was the best trip I had ever had. Obviously, forgetting the fact that I was completely broke on my return. Teehee!

Nozeen is a regular visitor to DubaiExpatBlog. She decided to share her story about how she brought a MacBook Air in Dubai. If you have something interesting to share, contact us with your story and we will publish it here.