By Dubai Expat Blog on February 8, 2011 in Business in Dubai, Living in Dubai 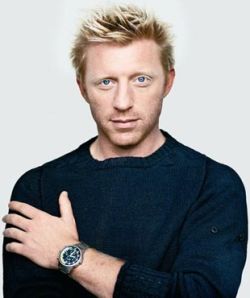 Tennis legend Boris Becker has said that he is no longer involved in the Dubai project that bears his name, nor has he been in recent contact with project developer ACI.

In 2008, ACI and Becker announced the launch of the Boris Becker Business Tower in the Business Bay area of the city, alongside Michael Schumacher and Niki Lauda, who also had towers named after them,
“Well, it’s been a couple of years ago since I was involved in that, so I don’t have the latest news as to what is happening with the project,” Becker told Arabian Business on the sidelines of the Laureus Sports Awards in Abu Dhabi.

When questioned as to whether he was still in contact with ACI, Becker replied that he was not.

Construction on all three branded projects stalled in 2009, following the collapse of Dubai’s real estate market.

ACI’s website still lists 11 projects that it claims are under development, with another six being undertaken by “alternate third party developers”.


In September last year, ACI Real Estate filed for bankruptcy on four of its seven property funds. Payments were due in March last year but did not materialise.

Earlier, a project linked to Tiger Woods was also cancelled.