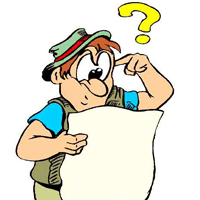 The Federal Residency Department, which oversees residency departments across the country, has decided to adopt stricter regimes for tourist, visit and conference visas to curb the influx of blue-collar workers from many labor exporting countries into the country,” said the official who wished not to be named.

The new regime bans visit visas for some workers, especially from traditional labor exporting countries to the UAE, including India, Pakistan, Bangladesh, Sri Lanka and The Philippines, and sets a university degree as a prerequisite for obtaining a visa, plus other requirements.

Gulf News quotes a senior official saying the rules are implemented to better protect citizens and residents by preventing foreign criminals from coming to the UAE.

Categories banned from obtaining tourist, visit or conference visas include electricians, pipe fitters, masons, farmers, drivers, tailors and cleaners. The requirements include round trip tickets, proofs of a confirmed hotel booking and and enough money to finance the stay.

The move was prompted by the recent arrests of scores of foreigners on tourist, visit and conference visas, who were either engaged in organized crimes, human trafficking or were found unemployed and looking for jobs or begging in the streets, or near hospitals, mosques and malls, according to the source.