By Dubai Expat Blog on January 21, 2013 in Education, Living in Dubai

Education in Dubai is no easy feat. The tuition fees and other charges keep rising, while the quality of education is either staying put or going down by the day. Not to mention the autocratic behavior of the administrators. 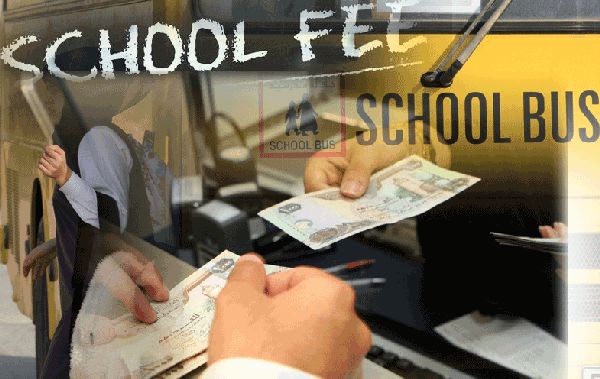 Arabian Business has published story of an expat who has recently suffered from a school in Dubai. Here is how it goes:

One of the schools I applied to is one of the most prestigious in Dubai, which has had nothing less than “outstanding” ratings by the KDHA. They told me back in October 2010 that I was one of the first parents to apply for a place and so had a good chance. They asked me for the AED500 in cash, which I handed over. I also handed over similar amounts to various other schools.

Nearly three years on, not a single of the schools I applied to has come back with an offer of a place. Not one has even bothered to tell me I don’t have a place. I rang the school above with the “outstanding” ratings last week, and after several emails and phone calls, eventually got through to the registrar.

Was the school ever going to bother letting me know, I asked?

Strange I wasn’t told this in October 2010 when the school was only too happy to take my cash. But given the school has not even bothered to email me once, and it appears I never had chance of a place there, what was my AED500 spent on?

“So I can answer the phone to you,” the school told me, before adding: “Wages have to be paid.”

Really? Is that what we have come to? A school in the UAE, in 2013, charges AED500 to answer the phone? What incredible arrogance. Who do these people really think they are? Estate agents?

Let’s say, for example, that 500 other parents applied for a place without success? That would equate to a staggering AED250,000 (US$68,000) for doing absolutely nothing. Oh, sorry, for answering the phone. How much are private schools making across the UAE by charging these fees? I know for a fact that many schools have literally hundreds of children on the waiting list, having collected AED500 from each one. The figures could run into millions of dollars each year.

I have spoken to many other parents and many have forked out around AED2,500 in application fees – and most have been unsuccessful in getting any place. We have been told that most places are already taken by companies, preference given to siblings, or anyone with good connections. Did you send your kid to a nursery also owned by the same school? If not, tough luck, thanks for the cash.

I know of one parent who has a receipt for one school showing that back in 2010 when she made the application, she was third in the queue. Yet three years on she hasn’t secured a single place for her child. Like me, she has thrown thousands of dirhams in the dustbin. But where did all this cash go? Are schools really claiming that it costs AED500 to process an application for a place that probably never existed in the first place? How much can it cost to enter someone’s details on a computer, and then not have to bother calling them three years later?

If, however, schools want to hide behind the KHDA guidelines and claim they are legally entitled to taking this money (which they are), then they need to be transparent about what is happening to the money: exactly what did they charge AED500 for? How big was the original waiting list? If there was never a chance of getting a place, why are schools still taking the money?

* I rang the school in question above and they have since offered to refund my AED500. I suggest all parents do the same.

Other parents comments on this:

Well, to name some: Kings School, Jumeirah School, Jebel Ali Primary, Wellington…just a couple that have extremely well commercially trained Registrars that give you an excellent pitch, only to find out that 200 other parents have been swindled into paying 500 non-refundable dirhams for 20 places they have internally secured. Great cash flow operation.

Also, if you dig into the backers of these schools, you will find “very well run” private equity firms reporting interest ROI’s in their funds exposed to “education”.

Wake up and smell the dubai coffee machine.

It is no longer an education but a poorly managed business.

2 weeks after my 3 year old son started his first semester in September, the “prestigious” school decided to increase the tuition significantly though they had promised that they wouldn’t a few weeks earlier.

I receive weekly invitations to get my son to join after school activities. The invite highlights the name of the activity and the cost associated to it without giving any details to the actual activity. In addition, they keep promoting these activities to the children in class in order for them to do the same with their parents.

The solution is not government interference but for us, the consumers to object collectively.

1. In Gems schools, parents are asked to pay fees for 10 months in a year. The number of working days in March is at maximum five days and yet we have to pay for transport and tuition for the whole month. What gives?
2. Children in GEMS schools are being increasingly asked to ‘research’ information on the net and come to school prepared to present it. They are planning to do away with textbooks that were paid for at the beginning of the year. If children are to research topics on the net and only appear for assessments in schools, is it not better to home school them? Why bother with school if parents are to supervise all this?
3. Transport fees charged by STS increased along with the towfuel hikes in Dubai. The fuel prices were reduced; however there was no reduction in transport fees. Now they claim that since they have to fit all buses with surveillance equipment, they have to charge more. Can they not adjust with the difference in the fees that they have been charging unfairly?


A study shows that 22% of Indian and Pakistani schools in Dubai sucks.