You are here: Home > GEMS Education to open private schools in the UK

GEMS Education to open private schools in the UK

By Dubai Expat Blog on February 4, 2012 in Business in Dubai, Education, Living in Dubai 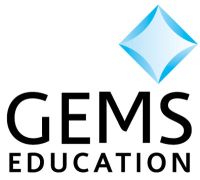 Dubai-based GEMS Education is planning to venture out in the UK by setting up private schools with fees at half the price of top schools in the country.

As reported by Arabian Business, GEMS intends to open six fee-paying day schools for boys and girls aged three to 18 in towns and cities across England over the next two years.

It is said that GEMS aims to charge parents between £8,000 and £12,000 a year – about half or a third of the price of some of the country’s leading public schools.

Mark Labovitch, chief executive officer of GEMS for the UK, Europe and Africa, said it was targeting “huge swaths” of the British middle classes who could not afford private school fees.

Fees for non-boarding pupils shot up by 27 percent in UK private schools between 2007 and 2011, according to data from the Independent Schools Council (ISC).

The location of the GEMS schools has not yet been finalised, but Labovitch told the paper there were parts of the country that were under-served by the number of private schools they had.

It should be noted that GEMS had some negative press in UAE when its fees sky rocketed some time back.