You are here: Home > Expats Perplexed on Expensive Childbearing in Dubai 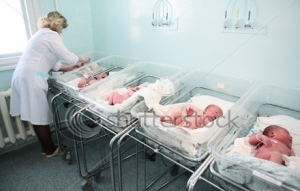 As covered earlier, low earning expats struggle to find quality healthcare in Dubai. This extends to women expecting kids or going into labor.

There are reports of expat women who have suffered from low quality treatment pre and post-natal, while saving few bucks.

One such lady, an Egyptian expatriate, opted for a normal delivery at a low-cost facility in Sharjah. She paid Dhs 3,000 for the delivery. However, not only did she have to endure unpleasant behaviour from the hospital attendants while she was in labour, but one of the doctors also messed up her stitches — something that almost cost her life. Shortly after she went home, she went though excruciating pain and one leg started to swell. She went back to the hospital to find out what had gone wrong. But the staff told her to go back and wait for the pain to subside.

Three days after that hospital visit, her situation only got worse. Her leg was swelling up so much that she could barely move. On her mother’s insistence she flew to Cairo to get second opinion and proper medical care.

For 15 days I was suffering in pain. My mother saw my ordeal and advised me to fly to Cairo to get a second opinion and proper medical care. There I was told by a doctor that my stitches had been messed up.

He also said the needle used was so old that many hospitals had stopped using it since 1999. He had to cut through a portion of the skin and re-stitch me. It felt like I went through delivery twice,

A Filipina expatriate who gave birth to her youngest daughter about four years ago, says she had a no-frills delivery at Zulekha hospital in Dubai. She had to undergo a C-section costing her around Dhs6,000. She rates the staff and services as average.

Prior to that, she had delivered a baby at another hospital in Dubai, where the staff’s bedside manner wasn’t what she had expected. “I was in extreme pain in the labour room, but the nurse shouted at me to stop screaming,” she said.

Another expat lady, financial services manager of Lifecare International and mother of three children, didn’t go through the same experience. She gave birth to her youngest child last year at Medcare hospital in Dubai. Compared to others, her delivery was more like a hassle-free experience.

“It was excellent. There were lovely nurses and doctors and I got lots of attention,” she says.

The hospital billed her Dh11,000 for the normal delivery, but since she had insurance coverage, she paid only for consumable items like nappies, food, medicines, etc.