You are here: Home > TRA 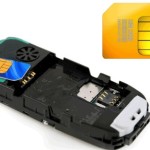 By Dubai Expat Blog on August 2, 2012 in Dubai Technology, Living in Dubai

According to a new regulation by the Telecommunications Regulatory Authority (TRA), applications for new mobile phone SIM card must accompany a copy of either Emirates ID Card or Passport. Earlier, subscribers used to get new SIM card by submitting copies of labor card or driving license. The rules were circulated to all mobile phone shops […] 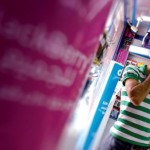 By Dubai Expat Blog on July 6, 2012 in Dubai Technology, Living in Dubai

On pretext of curbing illegal phones, the mobile phone users in the UAE are asked to re-register their SIMs in 18 months or risk having their telephone services cut off. Reported by the Arabian Business, the Telecommunications Regulatory Authority (TRA) said in a statement that mobile phone subscribers are expected to fully update their data […] 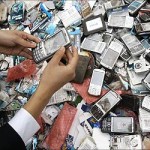 The Telecommunication Regulatory Authority (TRA), jointly with Etisalat, recently launched the campaign to raise awareness and discourage the use of mobile phones that use a fake (or cloned) International Mobile Equipment Identity (IMEI) number. An (IMEI) number is a unique 15-digit code on every mobile phone. As Emirates 24X7 reports, Etisalat will begin stopping functionality […] 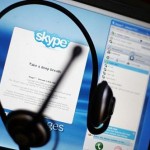 By Dubai Expat Blog on July 24, 2011 in Dubai Technology, Living in Dubai

There is a commotion building in UAE over the new Skype-powered internet calling services offered by Facebook. Standalone Skype software has been banned for years in the UAE, but questions remain whether the same ban applies to internet calling offered within the Facebook platform. Earlier this month, Facebook unveiled the tie-up with Skype to bolster […] 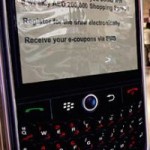 By Dubai Expat Blog on April 14, 2011 in Business in Dubai, Dubai Technology

After an earlier unsuccessful attempt to curb down BlackBerry usage in UAE, the Telecommunications Regulatory Authority (TRA) has now asked Etisalat and du, to restrict BlackBerry Enterprise Services (BES) to “qualifying organisations” and private individuals. Qualifying organisations must have a valid UAE trade licence, and a minimum of 20 or more Enterprise accounts under the […]

By Dubai Expat Blog on January 18, 2011 in Business in Dubai, Dubai Technology

The Telecommunications Regulatory Authority (TRA) has extended the registration in the (dotEmarat) Sunrise period for an additional six months to give trademark owners opportunity to take advantage of the unique offer. TRA is encouraging trademark owners to apply during the Sunrise period to benefit from a wide range of benefits including the ease of registration […] 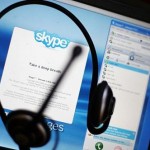 VoIP International calls to become a reality in Dubai

By Dubai Expat Blog on January 31, 2010 in Dubai Technology, Living in Dubai

Currently Internet Telephony is not publicly accessible and those who use it have to go through a labyrinth of technical mumbo-jumbo with a constant fear of legal prosecution. However, there is some light at the end of tunnel, as Etisalat and Du will soon offer the service that allows customers to make international calls over […]

Believe it or not, YouTube is going to be banned in Dubai, and UAE. The Commander in Chief of Dubai Police, Lt Gen. Dhahi Khalfan Tamim, is of opinion that YouTube ‘incites hatred’ and, therefore, should be banned from computers. Dubai Police Chief has launched a campaign during which he called upon Etisalat to ban […]