You are here: Home > Dubai Mother to pay 3000 Dhs fine as she went viral againt school

By Dubai Expat Blog on December 26, 2012 in Education, Living in Dubai

Consider this scenario. You visit your kid’s nursery and spot a teacher beating your son in the classroom. What you would do?

Obviously, you will talk with school administartion. But what if they fail to take any action? You may decide to contact the parents you know whose wards are in the same school to discuss the situation. You do that and guess what? You are peanalized and have to cough up Dhs 3,000 as fine.

This is what happened to a Canadain exapt in Dubai. 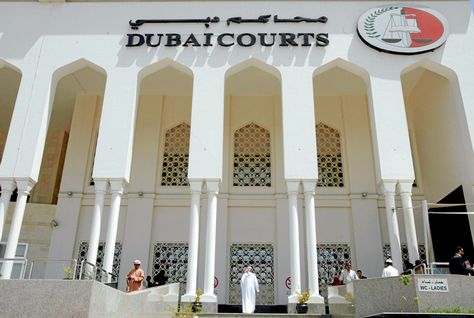 According to this news report, a mother was convicted of insulting a nursery by sending out an email chain to parents of her son’s classmates claiming their children were in unsafe hands.

The Canadian woman was said to have emailed the parents shortly after she alleged to have spotted a teacher beating her three-year-old son on his head inside the classroom.

The mother claimed when she appeared before the Dubai Misdemeanor Court that she emailed the parents after the nursery failed to take action concerning the alleged incident.

The nursery’s lawyer lodged a civil lawsuit in which he asked the Canadian to pay Dh21,000 in temporary compensation against his client’s financial and moral damages. The court fined the mother Dh3,000 and referred the nursery’s civil lawsuit to the Dubai Civil Court.

According to the charges sheet, prosecutors accused the mother of belittling and offending the nursery and publicly promoting an incident that did not take place.

One of the nursery’s partners complained to Dubai police that the Canadian defamed the nursery and falsely informed the parents that a teacher beat her son on his head.

“I emailed the parents out of conscience. I wanted them to know that no action was taken although I complained to the management. I explained in my email that no disciplinary action was taken. I acted out of fairness. I felt that I was obliged to inform the parents about what happened. My biggest mistake was that I didn’t complain to the police,” the mother told the court earlier.

Her lawyer, on the other hand, argued that his client did not commit a crime. He said the defendant acted objectively and did not have any criminal intention.

“She didn’t offend or defame the school. The beating incident happened and the teacher should have been disciplined,” contended the Canadian’s lawyer.

The email chain [addressed to the parents] read: “… whatever the reason was, and no matter how the children were behaving, it gave [the teacher] no right to touch my child. And, my first reaction was to go and report it to the administration, but to my surprise the administration just covered up for [the teacher]. I have pulled out [my son] from the nursery. This is just to warn you as parents of the children in that class. Your children are not safe with [the teacher]. She struck once. She will strike again! The school said she has been with them for six years and that she had no previous record of abuse… what I saw was not ‘merely patting on the side of the head’. It was violent behavior”.