You are here: Home > Community Police to patrol the streets of Dubai

Community Police to patrol the streets of Dubai 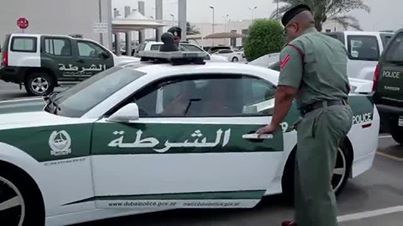 Community Police or Neighbourhood police will soon be patrolling the streets of Dubai in the first phase of a what is termed as a scheme to solve problems in the community.

According to Gulf News, the first areas to benefit from around-the-clock Community Police patrol will be Jumeirah, Al Rashidiya and Al Muraqabat.

The patrols will help the community remain secure and be on hand to solve problems and offer advice. According to Lieutenant General Dahi Khalfan Tamim, Commander-in-Chief of Dubai Police, the Community Police will not have the power of arrest but will offer advice and guidance.

Neighborhood Police will visit schools, mosques and youth gatherings as part of the initiative.

The scheme will come into force next week and police cars bearing the logo of “Residential Neighbourhoods Police’ will be seen on the roads.

Lt General Dahi added that the aim of the neighbourhood police is to bring people together and to help the public overcome their fear of being the victims of crime. The police will become a part of the community they are patrolling and will help intervene in any rows between neighbours.

Police will visit schools, raise public awareness on protecting the environment and help students sort out their issues. They will be at mosques and youth gatherings and will solve social problems within the community.


Community police will monitor abandoned houses and bachelor accommodation and check any suspicious areas or actions in the neighbourhood. Sounds like an intelligence network to keep an eye on the troublemakers, especially considering the expat influx and unrest in the region.