You are here: Home > List of places and events to celebrate UAE National Day

List of places and events to celebrate UAE National Day

By Dubai Expat Blog on December 2, 2018 in Living in Dubai 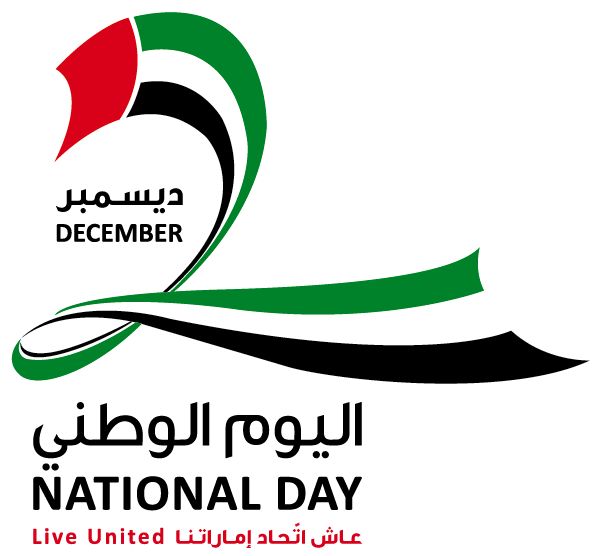 Events and places to celebrate UAE National Day in Dubai.

National Day Fireworks: On the eve of National Day, the sky will light up with fireworks at The Beach from 8:30pm. For those of you who plan to celebrate into the late night, join the exclusive party at Dubai World Trade Centre at 9:30pm, where international star DJ Ti?sto will perform live in an audio-visual, electronic dance music spectacular.

National Day Sales: For those of you who plan to avoid last-minute shopping this gift-giving month, shopping malls will have special National Day sales featuring 60%-90% off across the city.

Details: Fireworks on December 2 at 8pm and 10pm, right after the Imagine show. Cost: Free

Traffic and parking can be hard if you don’t start early. The nearest metro station is Al Jadaf on the Green Line.

Cultural Flair at Palm Jumeirah
Golden Mile Galleria on the Palm Jumeirah will host a festival that will bring together artists, musicians, painters, sculptors and dancers to celebrate creativity and engage with the community through artistic expression. Cultural Flair will be held on the terraces of Golden Mile Galleria, adjacent to Al Ittihad Park. The event presents two creative elements: the Africa Cultural Pavilion and Art Nights. Both will run on two consecutive weekends: November 30 to December 1 and December 7 to 8. The Africa Cultural Pavilion will showcase the heritage of West and East Africa with live afrobeats, jazz, R’n’B and hip hop music performances. There will also be fashion bazaar and a handicrafts market exhibiting African fabrics, accessories and home decor items, while runway shows will feature designs by UAE-based African fashion designers.

Art Nights will feature established and upcoming artists in the UAE as a platform to interact with the local community. Occupying the spotlight will be a giant sculpture, which guests will be invited to paint to create a community artwork. Muralists, graffiti artists and spray painters will also create colourful installations.

Details: Golden Mile Galleria on November 30 to December 1 and December 7 to 8. The Africa Cultural Pavilion will be held between 10am and 6pm, while the Art Nights will run from noon until 6pm. Cost: Free to attend.

Dubai Garden Centre gets festive
Head down to the Dubai Garden Centre on December 1 from 10am to 2.30pm and celebrate the UAE National Day with traditional Arabic music and cultural performances, along with samples of free Arabic delicacies while getting your hands painted with henna. The Garden Centre will also allow visitors to create UAE landmarks using clay and recycled materials and paint cards with UAE colours. For the kids, there will be face painting, a bouncy castle, free camel rides and more UAE-themed craft activities to keep your little people busy.

Details: On December 1 from 10am until 2.30pm at Dubai Garden Centre. Cost: Free

The Outlet Village
The Outlet Village will host a number of family-friendly activities with traditional UAE dances Al Ayala and Al Razfa, along with the opportunity to pose for photos with a falcon. Henna artists will also be available.

Details: From November 29 until December 3. From 10am until midnight Cost: Free to attend.

La Perle deal
To commemorate the 47th UAE National Day, aqua-theatre La Perle by Dragone is offering guests 47 per cent off all tickets purchased for shows during the National Day week. The discount applies to all ticket categories and can be availed online.

Details: Offer valid until December 2. Performances run from Tuesday to Friday at 7pm and 9.30pm on and Saturdays at 4pm and 7pm. Cost: Ticket prices vary.

Emirati Poetry Nights
The Mohammed Bin Rashid Al Maktoum Knowledge Foundation will be hosting Emirati poetry nights on December 1 and 2, featuring prominent poets from the UAE in honour of the National Day.

Details: From 6pm to 7pm on December 1 and 2 at Burj Park. Cost: Free to attend.

Amit Trivedi Live
Award-winning Bollywood singer Amit Trivedi will be performing in Dubai as part of the UAE National Day celebrations that are being held across the country.

Trivedi will be performing at the Bollywood Parks on December 1 with a range of his biggest hits over a career spanning 10 years. Also a music director and lyricist, Trivedi debuted as a composer in 2008 with ‘Aamir’, but it was the music for the 2009 film ‘Dev D’ that earned him the Indian National Award for Best Music Direction in 2010.

Since, the multi-talented artist has not looked back with albums including ‘Queen’, ‘Udta Punjab’, ‘Dear Zindagi’, ‘Fitoor’ and more. Trivedi has also composed the music and sung for the upcoming Bollywood film ‘Kedarnath’, which stars Sara Ali Khan.

City Walk festivities
From December 1 to 3, visitors at City Walk will witness Al Ayalah and Al Harbiya dance performances. Visitors will also receive giveaways, such as flags and pins during the festivities.

A tribute to the founding father of the UAE, the late Shaikh Zayed Bin Sultan Al Nahyan will be unveiled in the form of a portrait using incense wood and bakhour. The portrait will be unveiled on December 2 and displayed at a central location in City Walk. Starting from November 29 to 3 December, a range of UAE-themed art and craft workshops and face painting sessions will also be held at the dedicated area, set up near the fountain. Henna artists will be available. Visitors can also express their pride in the nation’s achievements by adding their handprints to an interactive mural in the colours of the UAE national flag, and write out special messages to the UAE’s leaders at a dedicated workshop area.

Details: At City Walk from November 29 until December 3, from 4pm until 9pm Cost: Free

Wild Wadi adventure
Make a splash at Wild Wadi Waterpark this National Day weekend where the general admission rates have been slashed. The offer will run for two weeks and is available to UAE residents.

Details: UAE Residents offer runs until December 15 and includes a National Day towel and meal. It is open from 10am until 6pm. Cost: Dh141

Emirates Photos exhibition
Five female Emirati artists showcase their work as a tribute to the UAE founding father. The photography exhibition Emirates Photos is on display at the Central Park Towers in DIFC.

The exhibition, with the support of the Akas Visual Arts Company at The Cube, showcases the works of Mona Bafaqeeh, Mona Al Tamimi, Seham Mohammad, Mariam Shaheen and Mariam Al Suwaidi. The exhibition will run until December 6.

Details: At The Cube in Central Park Towers DIFC, until December 6 from 10am until 8pm Cost: Free

Musical melodies
Al Ghurair Centre will organise a music concert in collaboration with Brooklyn Melodies Music School on December 2. The mall will also feature roaming stilt walkers dressed up in the UAE colours.

Party at the mall
Ibn Battuta Mall will celebrate the UAE National Day with a range of traditional Emirati festivities and cultural activities from November 29 until December 3.

The highlight will be a special majlis installation at India Court featuring Arabic calligraphers, falconers and henna artists. Visitors will be welcomed with Arabic coffee and dates, while children will be entertained with face painting sessions.

Cultural celebration at Dubai Parks
Dubai Parks and Resorts will celebrate the occasion with a range of cultural activities across all its theme parks, including Motiongate Dubai, Bollywood Parks, the Legoland Water Park and Riverland. Visitors will be able to upgrade their park ticket and enjoy access to an additional theme park of their choice for Dh47. Riverland will also host dance performances, traditional tea and dates stalls and feature special decorations throughout the promenade for UAE National Day.

Details: Tickets to one park will allow a second park’s ticket slashed to Dh47. Runs from November 30 until December 3. Cost: Free.

Salute With Legos
Legoland Dubai is celebrating the occasion with a special showcase of its Salute Lego model, made out of Lego bricks. The three-finger salute, popularised by His Highness Shaikh Mohammad Bin Rashid Al Maktoum, Vice President and Prime Minister of the UAE and Ruler of Dubai, represents win, victory, and love. The model, which stands at 2.8 metres tall and weighs in at 300kg has been made with 108,231 Lego bricks and took over 900 hours to design and build.

Families can also take part in a number of activities, including a UAE history scavenger hunt in Miniland for a chance to win a Lego Burj Khalifa box set; as well as help build a four-metre-long National Day Lego mosaic. Restaurants in the park will also celebrate National Day in style with themed food and beverages. A special collector brick will also be handed out to visitors of the park.

Details: The in-park activities will run through the National Day weekend.Cost: Dh175 for a single park entry. Dh222 for Legoland plus entry to another park.

Details: At the Burj Park, from 6pm on December 1 and 2. Cost: Free

Boarding with Vir Das
Vir Das returns to Dubai this National Day as part of his Boarding Das tour. If you have enjoyed his Netflix special, then go check him out live.

The Dubai Mall
To mark the 47th UAE National Day, The Dubai Mall will host a programme of cultural activities and traditional entertainment from December 1 until 3. A large majlis will invite guests to experience traditional hospitality with Arabic coffee and dates. In addition, the area will be host to cultural demonstrations including pearl harvesting displays, falcon shows, henna painting and more.

Details: At The Dubai Mall, from 10am until midnight. Cost: Free

Long term visa proposed in UAE
Does it Make Financial Sense to Hire a Cleaning Company?