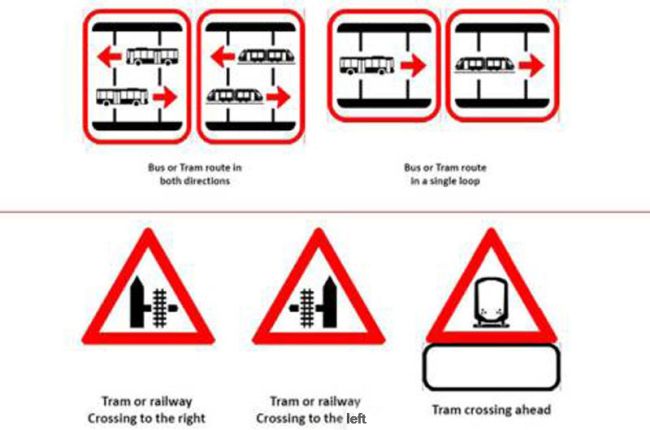 As Dubai Tram is set to go live, RTA has taken its first steps towards creating traffic awareness about the tram, which will be seen on Dubai roads pretty soon.

Dubai Tram is currently conducting test drives, and although these are nothing like the real show, the public needs to be made aware of what traffic will be like once the tram fully operates on the road. Drivers-to-be are the first in learning the new set of rules, and the curriculum of the theory classes have already been changed.

A few questions will be added to the test in road signage section.  The road signs may inform the driver that a tram might pass on the right, left or ahead. Other signage shows that a tram route in one or both directions lies in front. Where the routes of the tram and other vehicles intersect, the tram will have priority. However, in emergencies, police, ambulance and civil defence vehicles will get priority. Obstructing the tram’s movement, parking or halting vehicles on the tramway will be traffic offences liable for fines.

Once the tram begins operating, adequate traffic signage will be placed to facilitate smooth interaction. Traffic lights will be set up near all tram stations, six footbridges will be built and a fence is being built to keep pedestrians away from the tramway. Dubai Police will handle accidents affecting the movement of trams to ensure restoration of service as soon as possible, investigate road accidents at intersections and manage the flow of traffic at affected intersections.

Buy a luxury apartment in Dubai and get a BMW free

Dubai to get three more parks, a public square