Dubai Tram will run for 20 hours a day 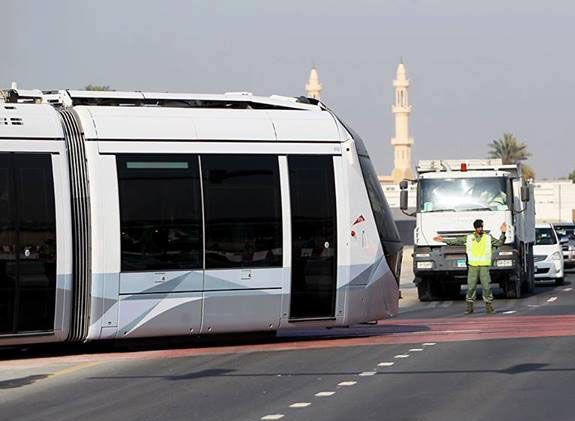 Dubai Tram, which will begin operations in November this year, will run for 20 hours every day between 5am and 1am. The tram will operate at a frequency of six minutes during peak hours and eight to 10 minutes during non-peak hours.

According to information provided by the Roads and Transport Authority (RTA), from Saturday to Thursday the trams will run every eight minutes between 5am and 7am and the frequency will improve by 30 seconds between 7am to 10am. From 10am to 8pm the trams will run every 6 minutes, stopping at each station for an average of 30 seconds. Between 8pm and 1am the frequency will come down to 8 minutes.

“The operations of Dubai Tram will be aligned with Dubai Metro and the two networks will complement each other. Trams will be part of Dubai’s integrated Mass Transit system, connecting with Dubai Metro at two stations — Dubai Marina and Jumeirah Lakes Towers,” an RTA official said.

The two networks will connect through footbridges at both the stations for a smooth and seamless interchange of passengers between the two systems. The tram will also link with the Palm Jumeirah Monorail.

A fleet of 11 trams will operate in phase one of the project that will stretch for 10.6 kilometres from Al Sufouh to Dubai Marina.

Moving at an average commercial speed of 21.44km/h and achieving a maximum speed of 50km/h, the trams will make a round trip in 39 minutes.

One of the safest globally, Dubai Tram is the first in the world to have platform screen doors at all its stations, separating passengers on the platform from the moving train.

“Dubai Tram stations are designed to be in harmony with the Metro stations, reflecting the region’s art and ethnic heritage, set in an urban context. Measuring 45 metres each, seven of the eleven stations in phase one are at grade and four are elevated,” added the official.

With a capacity to accommodate 370 passengers at a time, the 44-metre-long trams have been divided into three classes – Gold, Silver and women and children. Each tram will have seven cabins, one for Gold class, two for women and four for Silver Class.

Jumping a red light on the tramway intersection: Dh2,000-Dh5,000. Driving licence will be revoked for a period of 30 days to three months.

Jumping the red light on a tram intersection and causing a fatal accident: Dh10,000 to Dh30,000. Driving licence will be revoked for a period of 30 days to one year.

Jumping the red light and causing an accident resulting in injuries: Dh5,000 to Dh15,000. Driving licence who caused the accident will be revoked for 30 days to six months.