You are here: Home > Filipinos in Dubai may pay additional duties when sending Balkibayan cargo back home 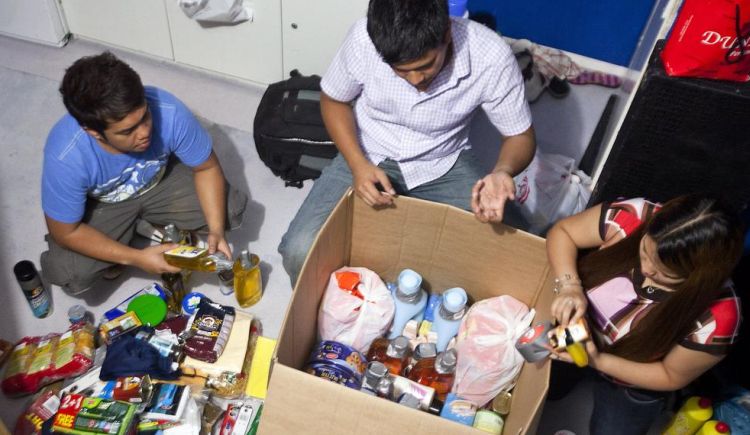 A new set of regulations for cargoes sent by Filipinos in Dubai back to their home country will take effect next month, and some senders could expect delays or incur additional duties and taxes.

Starting from August 1, 2017, all senders of parcels containing personal effects and household items, commonly called “balikbayan boxes,” will be subjected to stricter requirements, as stipulated under Philippine Bureau of Customs memorandum order 04-2017.


The new rules, which seek to promote transparency and prevent smuggling on imported items, will impact Filipinos living in the UAE and the rest of the world.

With the new provisions, which have recently stirred protest from well-meaning organisations, overseas Filipino workers (OFWs) are mandated to declare absolutely everything they are shipping back to their home country, from used shirts, clothes, down to the last pair of socks – if they don’t want to pay taxes.

The sender is required to fill out a form with an itemized description of goods, including quantities and actual/ estimated prices.

OFWs who are sending brand-new goodies, such as shoes, bags or clothes, are required to also provide the necessary receipts as proof of purchase. Shipments that fail to comply with the requirements might be subjected to physical examination and extra charges.

Expat cargoes that don’t contain goods in commercial quantities are normally exempt from duties and taxes, and they don’t usually undergo such meticulous screening processes.

The new policy is the latest in a series of guidelines that authorities have been working on to tighten their watch on importation of goods. Late last year, a set of guidelines was announced that effectively hiked the duty-and tax-free ceiling for balikbayan boxes to P150,000 (approximately Dh10,800).

According to an official of Door to Door Consolidators Association of the Philippines (DDCAP), the new rules could lead to delays in the delivery of OFWs’ packages.

The Bureau of Customs order also stipulates that the package should be adressed to a family member or relative of the sender. If the box is addressed to a girlfriend, friend or boyfriend, the balikbayan box tax-free privilege will not apply.

An official of the Catholic Bishops’ Conference of the Philippines-Episcopal Commission on Migrant and Itinerant People (CBCP-ECMI) criticised on Saturday the new Customs rules. Bishop Rupert Santos, chairman of the CBCP-ECMI, said requiring expatriate Filipinos to produce receipts for unused items would be cumbersome.

“The inclusion [of] receipts will be problematic and burdensome to our OFWs. Why? To fill up a balikbayan box usually takes up months as they wait for sales and they will ship them for Christmas or before graduations and so to keep up receipts is added difficulty,” said Bishop Rupert Santos, chairman of the CBCP-ECMI.

“Besides most items like food items or clothing are gifts from their employers. So it is very shameful to ask for receipts from them,” he said.

Back in 2015, the Philippines bureau of customs announced plans to conduct random inspections of balikbayan – Tagalog for “returning to one’s homeland” – boxes as part of its anti-smuggling campaign.

What Filipinos in Dubai need to know about new cargo rules:

1. Senders of balikbayan boxes don’t need to fill out an information sheet declaring all the contents in the box or produce a receipt, if they are willing to pay duties and taxes for the goods being shipped.
2. Contents in balikbayan boxes are exempt from taxes provided they don’t exceed more than P150,000 in total value.
3. Declaration of goods is important because it is for the “protection” of the sender, to ensure that the parcel gets delivered.
4. Receipts are not required for used items, groceries, “gifts” and other goods worth less than P10,000.
5. When filling out the declaration form or “information sheet,” there’s no need to be very precise with the costs. Estimates are fine. For example, if the t-shirt included in the box was originally purchased for P500 and has already been used, the sender can declare the price as P100.
6. Receipts are required for items that are brand new and worth more than P10,000 each.

Nol Card can be used for retail payments in Dubai
Excise Tax coming to Dubai, Consumables to get expensive