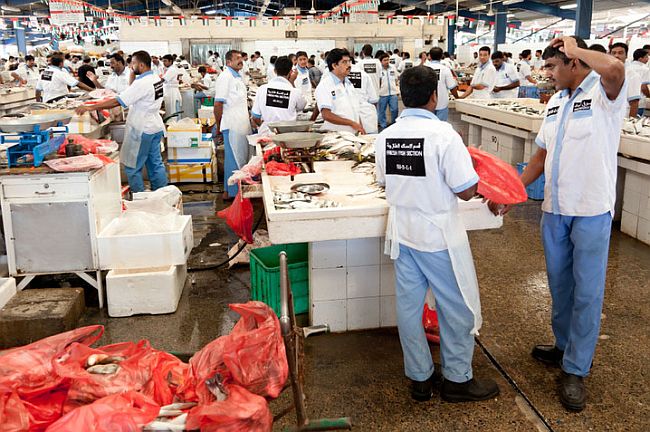 Emiratisation process begins at Deira Fish Market by introducing a role of brokers who will be Emirati nationals.

According to an agreement signed between Dubai Municipality and Dubai Fishermen Co-operative Association, the brokers will be in charge of setting the price of the fish that will be sold between fishermen and fish sellers. They will also be in charge of inspecting the 200-300 types of fish available at the market.

Gulf News quotes Major General Mohammad Saeed Al Marri, the president of Fishermen Co-operative Association,”This agreement is not only about social responsibility but it about preserving a country’s wealth“.

According to the report, around 650 to 700 tonnes of fish enter the fish market on a daily basis.

The Fishermen Co-operative Association has already hired 27 brokers to help in unifying and organising the selling and buying process of fish, out of the 27 brokers, 16 were Emirati.

The first phase of the agreement will include hiring 20 Emiratis to supervise the brokering. They will be obliged to wear the national dress code as well as carry identity card issued by the municipality.

As part of the agreement, the association will charge 2.5 per cent of the profit of the fish sold as a fee to the brokers services, Emiratis will not be charged any fee

Emiratis interested in becoming brokers will get a monthly salary of Dh7,000 to Dh8,000 and will take two days off after each working day. Their activities will take place from 2am to 8am and 3pm to 8pm daily.

Dubizzle job posting: What Employer was thinking when posted this Web Programmer Job in Dubai?