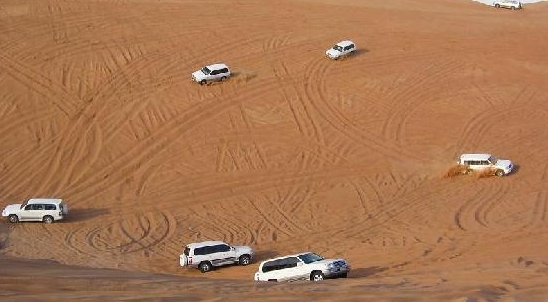 Tour operators in Dubai have been forced to scrap a string of New Year’s Eve parties after the emirate’s tourism body rolled out new licensing laws for desert events featuring live music.

Many operators have canceled or relocated their events after the Dubai Department of Tourism and Commerce Marketing last week moved to clamp down on parties featuring live music.

The decision, finalized at a meeting on the 23 December, said any New Year’s Eve desert parties featuring music, DJs or dancing would need an additional license.

“It has been a huge challenge,” said Julie-Ann Odell, founder and managing director of Desert Drums, which has been organising desert New Year’s Eve parties since 2004.

The company has been forced to relocate its event – which features drumming, barbeques, camel-rides, belly dancers and DJs – from Dubai to neighboring Ras Al Khaimah.

“I had two choices; cancel or find another venue and I had a lot people depending on me as they had people coming from abroad,” said Odel. “I thought I can’t cancel, so I’m going to Ras Al Khaimah.”

Of the 400 initial bookings, only 250 have opted to attend the rescheduled venue and Odell said that the company will struggle to make any profit from the event.

“I am literally breaking even. 250 are still going… I am going ahead with it. It is not about the money but credibility and people depending on you.”

“We have been told we are not allowed to have any DJs or dancing allowed in the camp,” a spokesperson from the firm told Arabian Business.

“We had potentially about 800 people… but unfortunately we had to cancel everything and we had quite a few [annoyed] customers.

“We did think about [moving to Al Ain] but doing something on such a short term basis would have upset our clientele and we would rather cancel and shift them to another day as we have a lot of repeat clients,” the spokesperson said.

Gulf Ventures, a subsidiary of the state-backed Emirates Group, has also been forced to cancel its desert events, Arabian Business has learned.