You are here: Home > Dubai Taxis to have CCTV Cameras to watch the Drivers

Dubai Taxis to have CCTV Cameras to watch the Drivers

By Dubai Expat Blog on December 10, 2016 in Dubai Transport, Living in Dubai 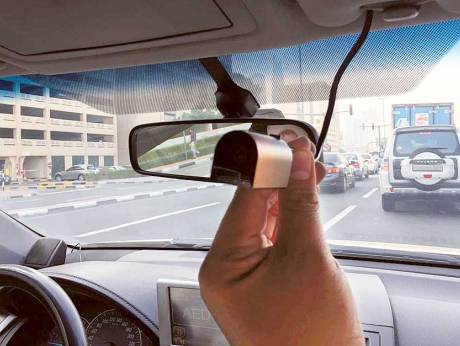 Dubai Taxi Corporation has planned to equip 1,500 taxis with CCTV cameras by the end of this year. The cameras will focus the driver only.

Dr Yousif Al Ali, CEO of Dubai Taxi, clarified that the move is to only help the RTA to monitor the behavior of taxi drivers. None of the cameras will face passengers of taxis, thus busting the myth that cameras in taxis will invade passenger privacy.

The camera inside the taxi will focus on the driver. Passengers will be informed of the cameras inside the taxi and it is equipped with 3D and face recognition technologies.”

The camera can detect unusual behavior among the driver which can be used as evidence in case of accident or dispute. All smart cameras will be connected to the operation command centre (OCC) of RTA’s Public Transport Agency.

The external cameras that can rotate 360 degrees are also equipped with sensors to detect tailgating on the part of the taxi driver or other motorists.

The initiative was started earlier this year and Dubai Taxi, along with RTA, ran a pilot project of CCTV cameras inside taxis to monitor the performance of drivers.


If the cameras remain focus on the drivers, and don’t catch the sights and sounds of the passengers, it would be a good move to discipline the taxi drivers in Dubai. What do you think?