You are here: Home > Spouses in UAE can be employed without work permit

Spouses in UAE can be employed without work permit

By Dubai Expat Blog on January 18, 2011 in Business in Dubai, Living in Dubai 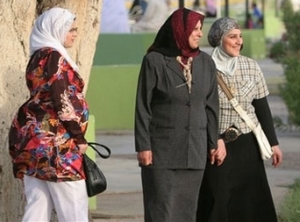 UAE residents who are sponsored by their husband or wife can now take up employment without applying for a work permit, a Ministry of Labour official has said.

Under new laws, residents on their spouse’s visa will only require written permission from their sponsor – their husband or wife – in order to secure a job. The rule effectively allows husbands and wives to act as company sponsors for their spouse, the official said.

Previously, husbands sponsored by their wives needed to apply for a separate work permit in order to secure employment. Only those whose wives worked in a restricted number of professions – such as teaching or medicine – were exempt from this rule.

The Ministry of Labour last month unveiled widespread changes to the country’s labour laws, which took effect on January 1.

The overhaul saw labour card validity cut from three to two years, and the retirement age for foreign workers raised from 60 to 65-years.

It also abolished the need for skilled expat workers to secure a no-objection certificate from former employees before taking up a new job, and paved the way for teenagers between 15 and 18-years-old to work in part-time jobs.

The spokesperson said teenage employment would be tightly regulated.


“We have announced a very detailed decree and in the decree the number of hours [they are permitted to work] is defined. They are not allowed to work in an environment where there are heavy weights and they shouldn’t work late at night,” he said.

Dubai Expat Blog covers Life in Dubai with news and reviews on eating out, shopping, technology, transport, business and lifestyle. If you would like to share anything interesting related to Dubai, contact us here.
View all posts by Dubai Expat Blog →
RTA to increase taxi fare in Dubai
TRA extends registration period for dotEmarat