You are here: Home > Dubai Drivers to get 30 percent discount on traffic fines 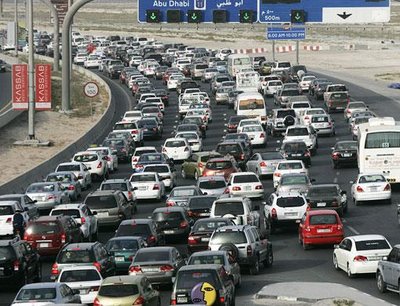 If you drive on the roads of Dubai and get traffic fines every now and then, here is good news for you.

Drivers in Dubai will be given a 30 percent discount on traffic fines for the next three months.

The electronic system used by the emirate’s traffic police has been amended to reflect the reduction, which will come into play on the first Sunday after Eid, reported Arabic daily Emarat Al Youm.

The reduction will cover all traffic violations.

Dubai motorists notched up AED324m in fines in the first quarter for motoring offences committed around the UAE, compared with AED252m in the same period last year, the Roads and Transport Authority said earlier this month.

The most common offences among drivers included exceeding the speed limit by up to 40kph, and disturbing traffic flow, the RTA said.
Dubai Police said in June that its traffic force aimed to cut fatalities on the roads from 70 per 100,000 people, to zero deaths within the next nine years.

Speeding is responsible for 80 percent of road accidents in Dubai, government data shows.

Metro and Bus rides to get expensive in Dubai
Water Crisis in Palm Jumeirah, residents bath in sea and malls