You are here: Home > Al Mankhool 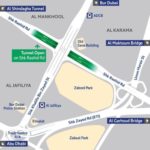 By Dubai Expat Blog on May 3, 2018 in Living in Dubai, Dubai Transport

A tunnel on both sides of Shaikh Rashid Street (Al Garhoud and Mina Rashid) comprising four lanes in each direction is now open for public use. The tunnel forms part of the Improvement of Shaikh Rashid and Shaikh Khalifa Bin Zayed Streets Intersection Project. Early February this year, RTA opened two major bridges, one on […] 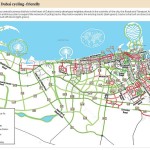 RTA has announced the completion of the construction of a 104-km cycling tracks in various parts of Dubai as part of the Dubai Bicycle Master Plan. The plan is aimed at providing 850km of strategic bikeways in central business district areas and newly developed localities as suitable transit alternatives for cycling enthusiasts. The completed cycling […]

By Dubai Expat Blog on January 9, 2011 in Living in Dubai

The Roads and Transport Authority (RTA) in Dubai has set 100 locations for parking bikes in key areas across the Emirate with the aim of inducing an additional mobility means in a well rehearsed approach intended to minimize the reliance on private vehicles in traveling, particularly for short distances. Commenting on this move the Director […]