You are here: Home > Prices of Essential Items to increase in UAE

Prices of Essential Items to increase in UAE 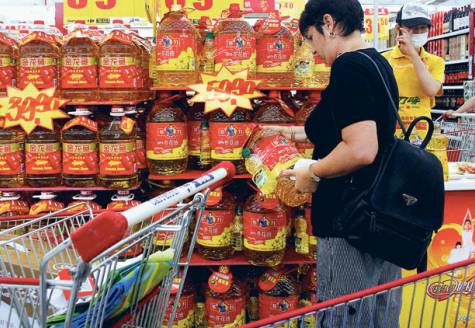 Popular hypermarket and supermarket chains across the UAE anticipate prices of at least few of them to go up from this month.

Lulu hypermarkets are estimated to account for nearly a third of the Gulf’s retail market, accounting for nearly 350,000 footfalls daily.

For instance, Pepsi, for which sugar is the main ingredient, has hiked the price by 50 per cent from January 1 to Dh 1.50 per can.

Prices of ginger and garlic from China shot up due to production shortfalls while India’s export ban on onions led to increased demand for the Pakistani variety and a subsequent price rise.

Suppliers of frozen chicken brands Sadia and Coop Islami, oils such as Afia and Al Arabi, Reckitt Benckiser products such as Dettol and Pif Paf, and GFK’s products including Horlicks have all intimated retailers about proposed price hikes, market sources disclosed.

The prices of sugar, onion and garlic climbed up in the second half of 2010 as compared to the first half of the year, a price survey conducted by among retailers found.

On average, the cost of sugar went up by more than 40 to 50 per cent in various retail outlets across the country. A two kilogram packet of sugar was priced about Dh2 to Dh3 more than what it was at the beginning of the year.

Onion prices reached a record high in December as the supply of the highest in demand Indian variety came to a halt. The cost of one kilogram of onion upped from Dh 1.65 in July to Dh 4.95 in December following an export ban by the Indian government in a bid to overcome domestic shortfall due to poor harvest during monsoon season.

The prices of the highest in demand Chinese variety of garlic also hit a record high after the harvest in China was affected due to bad weather. The shortfall in supply led to steep increase in its price.

One Response to Prices of Essential Items to increase in UAE