Petrol shortage across Dubai and UAE 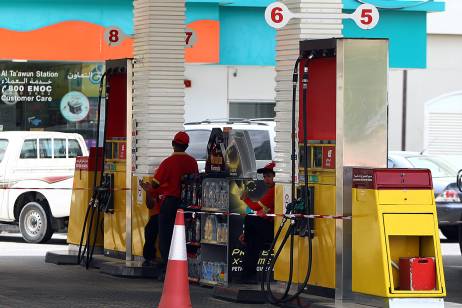 The unthinkable has happening. Who would have thought about petrol shortage in UAE? Who would have imagined pumps being closed or struggling with long queues of customers in Dubai and Sharjah? But thats what life is all about, you go up and you come down.

High subsidies leave oil retailers strapped for cash, forcing some petrol stations in Sharjah and Dubai to turn away customers from locked pumps without explanation.

Petrol retailers are having to sell a product for less than they acquired it. Ultimately they will have to get a cash injection. It might have something to do with the government in Dubai dragging its feet too much and not injecting enough money.

One frustrated driver told an Arabic newspaper he had been searching for two days for an open petrol station in the Al Khan and Tawuun areas of Sharjah but to no avail.

Station attendants at the Eppco on Shaikh Zayed Road near Dubai Internet City told Gulf News they had no idea why some pumps were closed yesterday morning while tiny red triangles were placed on the tarmac to turn away customers.