You are here: Home > Disney 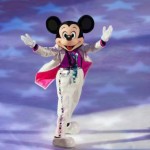 Mickey’s skating into Dubai this September. Disney on Ice, the hit touring ice show will make its UAE debut on September 10 for a four-day show at the Dubai World Trade Centre, it was announced on Sunday. While various versions of the show exists, the one coming to Dubai is called Rockin’ Ever After and […]