You are here: Home > BBC 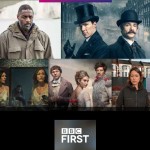 BBC Worldwide’s exclusive drama channel BBC First has arrived in Dubai. Launching on February 1, 2016 BBC First, the home of original and British drama, will be available in the Middle East and North Africa (MENA) exclusively on OSN. BBC First will be showing the hugely popular and critically acclaimed series such as brand new […]