You are here: Home > ADCB 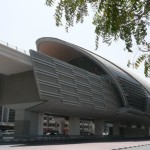 Al Karama Metro Station to be known as ADCB Station

By Dubai Expat Blog on September 16, 2014 in Dubai Transport, Living in Dubai

In a move that surprised the residents of Karama, The RTA has announced that Al Karama Metro station, one of the busiest stops on the Red Line, will now be called Abu Dhabi Commercial Bank (ADCB) station. ADCB is the latest commercial venture to acquire the naming right of a Metro station from RTA. As […] 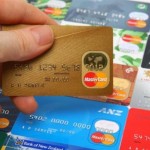 By Dubai Expat Blog on December 20, 2010 in Business in Dubai, Living in Dubai

As the New Year approaches, the UAE banks are revamping their account maintenance and credit card fee structures with some of them introducing new fees. Standard Chartered bank has revised its account maintenance with effect from December 1, 2010. The fee has been hiked by 25 per cent to Dh250 per month from earlier Dh200 […]