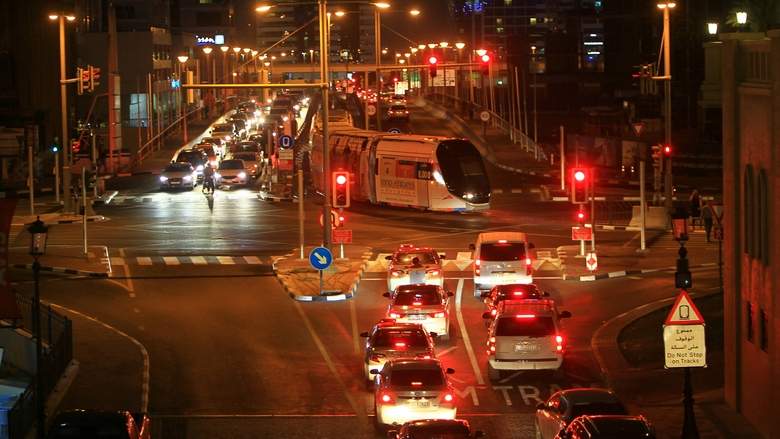 Residents of the Dubai Marina are frustrated. They are complaining that even after the completion of Dubai Tram, there is no end to their four-year long traffic woes.

Extremely long waits at the Dubai Marina traffic signals are testing the patience of motorists, including residents and visitors. They say driving into The Walk and the Marina during weekends and peak hours is an awful experience, reports Khaleej Times.

According to long-term residents, with almost one year into the inauguration of the Dubai Tram, the traffic situation has not improved in the Dubai Marina. Commuters and drivers also said that the exorbitant fines for being involved in an accident tram, makes them ‘not want to drive anywhere near it’.

The Dubai Tram was launched in November 2014 and the 10-kilometer long pilot project has been operating with minimum glitches since then. There have been two reported accidents where cars collided with the Tram near the Jumeirah Beach Residences intersection. However, despite the traffic setbacks, the Dubai Tram was used by 1,552,756 riders during the first half of 2015.

According to earlier statements from the Road and Transport Authority (RTA), traffic fines for crossing a red traffic signal at the intersection area with the tramway causing an accident that leads to the death of a person is punishable with a fine between Dh10,000 and Dh30,000, along with suspension of the offender’s driving licence for up to one year.

While crossing a red traffic light at the tramway intersection area, without causing an accident is punishable with a fine between Dh2,000 and Dh5,000, with a possible loss of driving licence for a period of 30 days to three months.

GDRFA will not accept photocopies of documents anymore