You are here: Home > Disney on Ice coming to Dubai in September 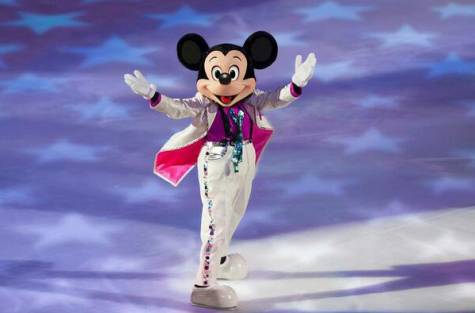 Mickey’s skating into Dubai this September. Disney on Ice, the hit touring ice show will make its UAE debut on September 10 for a four-day show at the Dubai World Trade Centre, it was announced on Sunday.


While various versions of the show exists, the one coming to Dubai is called Rockin’ Ever After and will feature stories, songs and characters from Disney films including The Little Mermaid, Tangled, Brave and Beauty and the Beast.

The September arrival will mark the first time Rockin’ Ever After is performed outside of the US, said Ali Haidary, the CEO of Dubai-based Sports and Entertainment Solutions (SES), the local organisers.

“Disney on Ice is one of the leading family entertainment concepts in the world with more than 30 million people watching it every year in 75 countries. And we’re so happy to host Rockin’ Ever After because it will be the first time it leaves the US,” he said. “We had the opportunity to bring it last year but could not get the dates for the venue. We needed venues with ceiling heights of more than 14 to 15 metres and the Dubai World Trade Centre Arena is the only that can accommodate that.”

To stage Disney on Ice, the organizers have to build an Olympic-sized ice rink consisting of lots and lots of 14-foot containers coming from USA and setting up a 5,000-seat arena which is basically an empty shell.

Besides building the site, and the light and sound, technicians will be flown in especially to build the ice. It’s a very unique science and takes about three days. But the technicians have got it down to a tee.

Audiences in the UAE can look forward to other shows owned by Feld Entertainment, which include the Ringling Bros. and Barnum & Bailey Circus, the American circus show; and Marvel Universe: LIVE!, an arena show based on Marvel Comics characters.

Tickets for Disney on Ice: Rockin’ Ever After in the UAE are prized Dh175 (Bronze), Dh275 (Silver), Dh475 (Gold), Dh1,000 (VIP) amd Dh2,000 (Royal Rink side). Thye will be available at Virgin Megastores and online at www.virginmegastores.ae soon. For more on the show, go to disneyoniceme.com.