You are here: Home > The Arabian Resort, Dh2.5bn extension to Madinat Jumeirah Dubai

By Dubai Expat Blog on February 11, 2014 in Dubai Hotels, Living in Dubai 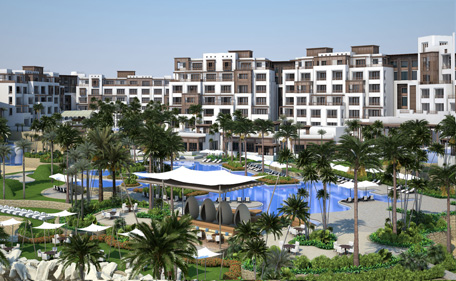 
The phase IV of Madinat Jumeirah, costing Dh2.5 billion, is being constructed next to Burj Al Arab, the world’s only 7-star hotel.

The new extension of Madinat Jumeirah was announced in November 2012. It will have 420 room five-star hotel, a villas complex, a commercial centre, restaurants with retail stores and pedestrian precinct.

The villa complex will have 45 villas along with hotel apartments, which will be managed by Jumeirah Living, a subsidiary of the Jumeirah Group.

Madinat Jumeirah the Arabian Resort is part of the Jumeirah Group. Designed to resemble a traditional Arabian town, the resort has Al Qasr and Mina A’Salam, two boutique hotels and Dar Al Masyaf, a courtyard of 29 summer houses.