You are here: Home > Transportation App Uber arrives in Dubai

By Dubai Expat Blog on September 2, 2013 in Dubai Shopping, Living in Dubai 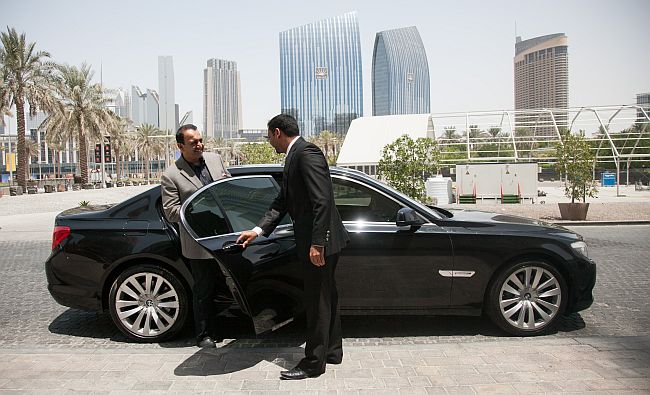 Uber, the transportation app that has run afoul of taxi regulators in the States, has set its sights on global domination. Next stop: the United Arab Emirates.

Uber’s Anthony El-Khoury wrote at Uber Blog that the company is still in the early stages of testing, so Dubai riders can expect a limited number of cars for now. Dubai residents or tourists in the city will be able to use Uber’s iOS or Android apps to summon nearby cars. The city’s traffic is infamously terrible, so it’s unclear if Uber will contribute to or ease the congestion.

According to PC Advisor,  Dubai is likely just the starting point for Uber’s Middle East expansion–the company is working to staff up in the region. Earlier this month, Uber began offering “secret” rides–or tests–in Johannesburg, South Africa, the company’s first foothold on the African continent. An iOS update last week added support for simplified Chinese, hinting at the company’s exploration of a massive market.

Uber is the fastest growing of the transportation start-ups focused on offering alternatives to public transit and regular taxis. The company is also laser-focused on international growth, with service in more than 40 cities in North America, Asia and the Pacific Rim, and Europe. Uber has deep pockets to fund its race around the world: The company recently announced the completion of a $258 million financing round led by Google Ventures.

Lyft, another San Francisco transportation start-up, has also announced plans for global expansion, but hasn’t yet launched services outside the U.S. Lyft is a different kind of transit app–rather than offering cars for hire, like Uber, Lyft connects regular car owners with potential passengers on a donation-based model. Uber has been experimenting with ridesharing since the spring, but is known primarily for its higher-end black cars.