You are here: Home > Superbus to slash Dubai Abu Dhabi communte to 30 mins

By Dubai Expat Blog on March 2, 2011 in Dubai Transport, Living in Dubai 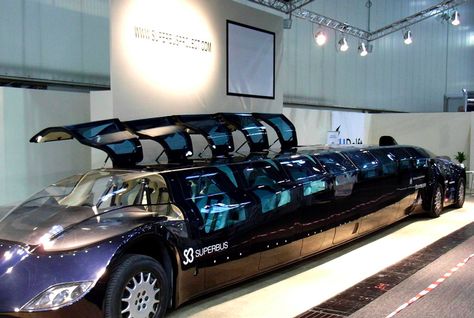 The commute between Abu Dhabi and neighboring Dubai could be cut to 30 minutes with the launch of an electric-powered ‘Superbus’.


The Superbus, the brainchild of a team of Dutch engineers, is set to go on display at next month’s Commercial Vehicles Conference in Dubai.

The bus-limousine hybrid – which can reach the speeds of a high-speed train – can carry 23 passengers at 250km/h along a dedicated ‘speed track’.

The 15m, eight-door bus would leave the track in urban areas to drop off passengers at agreed locations.

The Superbus will not have a fixed schedule – commuters will book online or with their mobile phone.

It generally takes up to an hour and a half to reach central Abu Dhabi from central Dubai, but the commute could be slashed to 30 minutes if the technology is adopted.

The first road tests took place in Holland last September. No feasibility studies have been done yet for the Abu Dhabi-Dubai route, but the similar Amsterdam-Groningen route has been studied by the Dutch government. The Superbus has been dubbed the “Dutch solution” to the three ills of public transportation: congestion, pollution, and safety.

Powered by lithium iron phosphate batteries, the Superbus is similar in length and width to a public bus, but with the height of a conventional SUV.

The project is backed by the Dutch government as well as ten sponsors and 56 suppliers.