You are here: Home > No Residence Visas in Dubai without Health Insurance

No Residence Visas in Dubai without Health Insurance 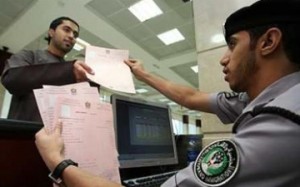 The Dubai Health Authority (DHA) has announced that no visas will be issued or renewed for workers whose employers have not paid for their insurance.

The DHA said that it was working with the General Directorate of Residency and Foreigners Affairs to ensure that no work visas were issued to companies with more than 100 employees if insurance were not provided.

Dubai has made health insurance coverage mandatory for every expat resident, starting from January 2014. Since then 1.2 million more people have been covered.

In phase one, all companies with 1,000 or more employees had until October 31 last year to comply. Companies with fewer than 100 workers have until the end of June next year.

The law states companies are required only to cover the cost of insurance for employees, not workers’ dependents.


Health insurance is also obligatory for those visiting Dubai.