You are here: Home > New Work Permit Rules in UAE: Good or Bad?

By Dubai Expat Blog on December 19, 2010 in Business in Dubai, Living in Dubai 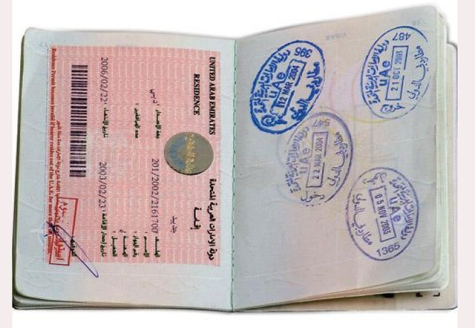 According to Cabinet resolution No 25 of 2010 issued by Saqr Gobash, the Minister of Labor, laws related to Work Permit, Labor Card and Residence Visa have been modified, with effect from January 01, 2011.


Once operational, the new rules will replace the current formalities of transfer of sponsorship for expatriate workers.

– An employee with an expired contract can obtain a new work permit and move to another employer without the passing of the currently legitimate six-month period and consent of his sponsor.

– New employment permit will only be granted to the worker after the end of his work relationship with his employer without consideration of the legitimate six month period which is usually calculated after the cancellation of the worker’s labor card, but stipulates two must-do conditions:
1. The two contracting parties must have ended their work relationship cordially
2. The worker should have worked with his employer for at least two years – the duration of the new labour card which will be issued by early January.

The resolution defines two cases where the worker can obtain the new work permit after the end of the contractual relationship without the agreement of the two contracting parties:

1. When the employer fails to honor his legal or contractual obligations
2. In the condition of expiry of work relationship where the worker is not responsible for it, but there is a complaint filed by the worker against his firm. In this case, an inspection report should prove that the firm has been out of business for more than two months and that the worker has reported to the ministry. The labour dispute should have been referred by the ministry to the court provided that the court hands out a final verdict ordering the employer to pay to the worker salaries of at least two months in compensation for the arbitrary sacking or terminating of the contract prematurely, or any other rights.

The resolution also defines three cases where the worker shall have the right to get a work permit without fulfilling the condition of working at least two years with the employer:

2. Non-compliance of the employer with legal and labor obligations towards the worker or in the case where the worker has no role in terminating the work relationship.

3. Transferring the worker to another firm the employer owns it or has stakes in it.


Would these new rules go in the benefit of job seeker, employer or result in a win-win situation? Only time will tell.