By Dubai Expat Blog on September 29, 2015 in Business in Dubai, Living in Dubai 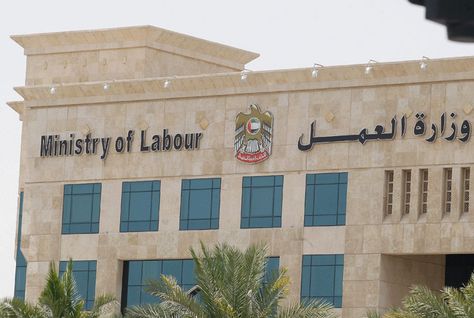 Ministry of Labor, UAE has announced a set of new Labor Laws, to come in effect from January 1, 2016.

Ministerial Decrees 764, 765 and 766 pave the way for improved labour relations by securing more stable practices governed by regulations that protect workers who are legally sponsored to enter the UAE.

Ministerial Decree 764 of 2015 on ministry-approved standard employment contracts states that a worker must be presented with an employment offer that conforms with the unified contract and then must be signed by the worker.

All contract renewals in force beforehand must use the new unified contract which, in addition to the employment offer, the terms of which cannot be altered or substituted unless approved by the ministry.

No clauses can be added to any contract unless compliant with and approved by the labour ministry.

Within Ministerial Decree 765 of 2015 on terminating employment, a series of articles outline conditions when a contract can be terminated for term and non-term contracts.

Under term contracts of no more than two years, an employee contract is terminated if the term of the contract expires, if an employer and employee mutually agree to end the contract, if either party acts unilaterally to terminate the contract or renewal, but complies with legal consequences of early termination including notification in writing at least one month in advance and no longer than three months.

A contract can also be terminated if a worker commits violations prohibited under Article 120 of the Federal Labour Law.

Non-term contracts can be terminated if both parties consent to termination, one party gives notice of termination at least one month in advance and not exceeding three months or if one party unilaterally acts to terminate but bears consequences of early termination.

The non-term contract can also be terminated if an employee violates labour law rules under Article 120.

Under Article 1 of Ministerial Decree 766 of 2015, rules and conditions for granting a permit to a worker for employment by a new employer must meet a set of new rules, the ministry said.

For both term and non-term contracts, a new permit may be granted upon termination of the workers employment when the term of the contract has expired.

A new permit can be granted when both worker and employer mutually consent to terminating the contract during the term provided that the worker has completed at least six months employment or if workers qualify for a skill set series classified by the ministry.

The decree also notes that a new permit can be issued for a worker whose employer terminated him or her without reason provided the worker has completed six months.

The six-month rule is waived if the worker has skill levels classified by the ministry as 1, 2, and 3 meaning those who hold a university degree, post secondary diploma or high school diploma, respectively.

Meanwhile, a worker may be granted a work permit for all term and non-term contracts if it is determined that the employer has failed to meet legal and contractual obligations, including but not limited to when the employer fails to pay the worker’s wages for more than 60 days.

A worker may also be granted a permit if the labour ministry confirms that the employing company has not provided work due to the firm being inactive for more than two months and, if the worker reports to the ministry during the company shutdown.

Work permits may also be issued in cases in which a labour complaint is referred by the ministry to the labour court and final ruling in favour of the worker who is terminated early or is owed outstanding wages less than two months of dues for end of service.

Any employment relation may be terminated, by either party, subject to a due process. One party or the other cannot be made to involuntarily continue the relation. A relation is terminated:

A relation is considered to be terminated if:


– If employer does not meet its contractual obligation to worker;
– If employer ceases to empower worker to perform his/her employment duties without; complying with due process;
– If a worker absconds, without complying with due termination process.
While a relation cannot be sustained except by mutual consent, the way it is terminated has a direct bearing on the status of the worker after termination (the granting or declining of a new work permit)

17 Responses to New UAE labor rules to come in effect from January 1, 2016