You are here: Home > 10 Myths About Expat Life in Dubai

10 Myths About Expat Life in Dubai

Dubai is home to seven million expats. These people hail from diverse backgrounds. However, we can divide them into two broad categories – those from Asia and those from the West. There are some misconceptions and myths in both, east and west, about expat life in Dubai.


Here are the top 10 myths about expat life in Dubai.

Myth #1: Islam is the only religion celebrated in Dubai

Majority of the population in UAE profess Islam as a religion. It is also the official religion of the country. But it doesn’t mean that a non-Muslim can’t celebrate their religious festivals. In fact, they are celebrated with equal zest.

Take Diwali for instance. The celebration of Diwali takes place at different public spots. Even during Covid-19, special arrangements were made in Dubai Festival City Mall, The Pointe, Palm Jumeirah, to name a few.

In the same manner, Christmas is also celebrated. Though not so snowy, but you can’t miss the vibes at shopping malls, hotels and restaurants. All of them are decorated with lovely wreaths, sparkly string lights, glitzy baubles and huge Christmas trees!

Myth #2: Non-Muslim expat women have to cover up in Dubai

Unlike Saudi Arabia, UAE is not that strict when it comes to women’s choice of clothing. You can easily find women in abaya, burkini or a bikini at beaches in Dubai. There’s more freedom in Dubai as compared to other places in the GCC.

Myth #3: You can’t have alcohol in Dubai.

Speaking of freedom, Non-Muslims are free to purchase alcohol in Dubai.

Though forbidden in Islam, it is available at many licensed restaurants and outlet. You will not find any expat complaining about non-availability of alcohol.

Moreover, in light of recent reforms, people are free to drink alcohol regardless of their religion.

Myth #4: Pork is scarce in Dubai

Like alcohol, pork is also available at stores and some restaurants. However, special care is taken to ensure that it is not cut, cooked or stored in the same places which are used for other meat. In fact, most of the places selling pork have a separate section for it.

Well, this was officially the case until recently. In November 2020, the UAE government legalized it for unmarried couples to live together.

Even before these reforms, hotels were quite lenient in imposing restrictions. It was partly due to the fact that the tourism industry had grown stronger in Dubai.

Besides, Dubai has always been more liberal as compared to other gulf states.

Myth #6: You have to learn Arabic to live in Dubai

People believe that Arabic is mandatory for all expats. But is it really so?

Arabic is the official language of UAE but it is not mandatory for expats to learn it. You can easily find sign boards, billboards, flyers, etc. having both Arabic and English inscriptions.

Myth #7: There are all the job opportunities under the sun

Tell that to the majority of expats who have left their homelands for a better future. They might have thought that once you set your foot in UAE, you’ll have jobs waiting for you.

That has never been the case.

You’ll find many expats who strived real hard but ended up with a labor job or returned home empty-handed.

And this brings us to our next myth.

Myth #8: Expats can retire in Dubai

As mentioned earlier, many expats have spent their lives in Dubai  since almost 1971. But there is no room for permanent residency or citizenship laws. As a result, expats are at the risk of leaving the country anytime if they fail to sustain a residency visa.

Many have already left the country due to job cuts after Covid-19. These people have no sources of income back home.

Myth #9: Everybody is rich in Dubai:

Wouldn’t it be heaven?

But it is not.

In fact, there is no part of the world where everyone is rich. Likewise, in Dubai, only 1% lives a life of boundless luxury. They own over half of UAE’s wealth.

On the other hand, a huge number of people are struggling hard to make ends meet. You can find them in places like Deira and Sonapur. Most of them are laborers or shopkeepers. 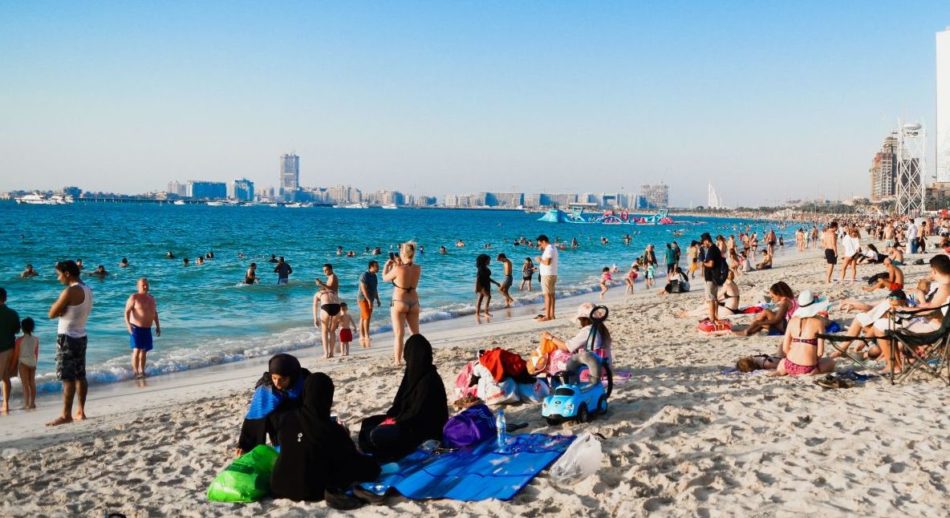 In summer, it does get quite hot.

It does not last all year. Winters are fairly nice and cool. Mostly tourists visit the country in the last or first months of the year.

Dubai still has best expat life in the region!!


There is no denying the fact that Dubai is one of the major business hubs of the world. Yes, there are hurdles and there is ease. Like every other city, the beauty of Dubai is due to its diverse and beautiful people.