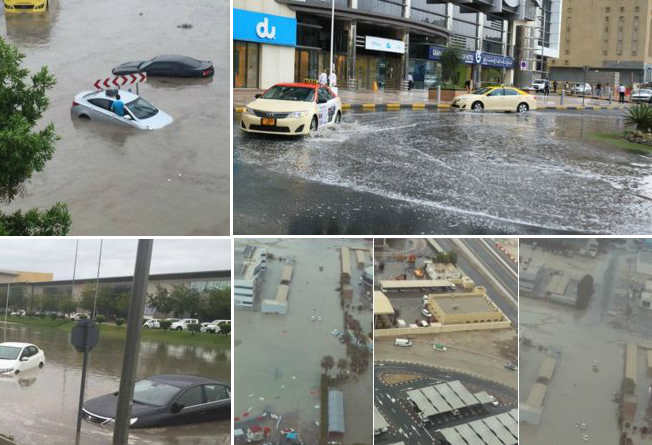 Dubai is hit by a record spell of thunderstorms, darkness and heavy rain. And, it’s not just Dubai. Rain and thunderstorms caused disruptions across the UAE today.

Flights were cancelled, schools were closed early and residents in some areas were urged not to leave their homes or workplaces unless in a emergency.


Police issued safety warnings to motorists after several accidents were reported in Abu Dhabi and Dubai, reducing visibility due to cloudy skies from early in the morning.

Schools in Dubai will be closed anticipating more rains tomorrow.

Some pictures and videos of the havoc created by rain in Dubai:

A scene from Barsha 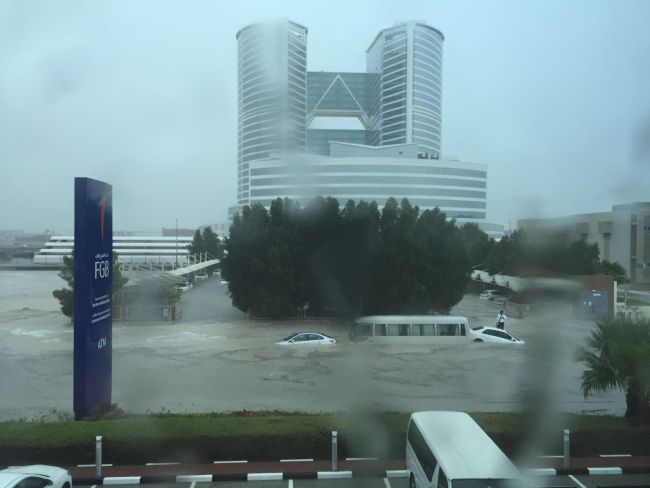 School kids get a helping hand off their stranded school bus

School kids get a helping hand off their stranded school bus. #DubaiRains pic.twitter.com/oQ7INayh2R

What is this unidentified flying object?

Having fun in Dubai Rain

Eat The Pronto Way! A go-to place for ready-to-go food
Listerine takes you inside the mouth