By Dubai Expat Blog on December 29, 2016 in Living in Dubai, Dubai Transport 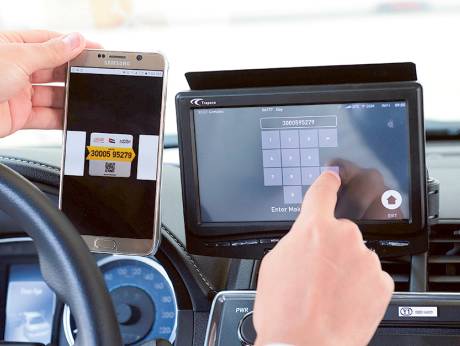 Over 4,500 taxi cabs in Dubai are now linked with Makani, the new addressing system in Dubai. Makani, an Arabic word which means ‘my location’, uses a 10-digit number linked to a GPS coordinate.

Makani is a satellite address system introduced by Dubai Municipality is accurate down to a metre and even shows the location of a building’s different entrances on smartphones and GPS devices. [Read more about Makani here]


Makani coordinates may also be converted to formats used on other location tracking systems such as DMS (Degree, Minutes, Seconds) and Latitude-Longitude within the app itself.

Adel Shakri, director of transportation systems, Public Transport Agency, said: “The system has played a vital role in executing booking and dispatch orders by cabbies. It has made it easy for clients to reach their intended destinations in Dubai due to its highly accurate positioning feature using interactive e-maps.”

The system facilitates the dispatch of taxis to clients using Makani number. “It also reduces the number of complaints related to taxis and drivers such as the late arrival, and the poor knowledge of locations,” Shakri added.

About 137,000 addresses have been registered in the booking and dispatch system of taxis.


“A number of employees of public transport agency have been trained to use the Makani system. They are being groomed to give further training,” Shakri added.